Man claims he found dead geckos in his Heineken 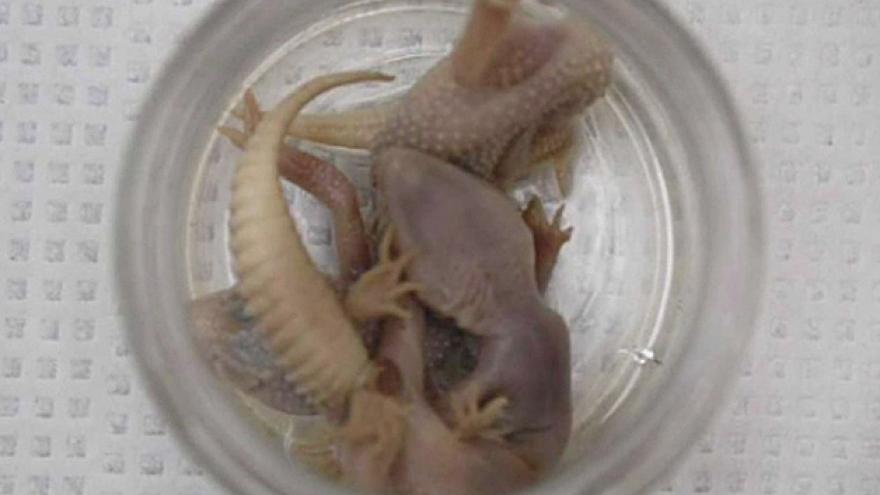 FOUNTAIN VALLEY (CBSLA.com) — A Fountain Valley man says he found two dead leopard geckos in his beer can, in a lawsuit filed against Heineken.

George Toubbeh claims that after drinking from a 24-ounce Heineken he purchased from a Ralphs in August 2015, he became violently ill, suffering abdominal pain and vomiting, according to a lawsuit filed in Orange County Superior Court.

When his daughter examined the beer can, she found two juvenile leopard geckos inside, according to the lawsuit. Leopard geckos are commonly sold as pets.

Heineken says there is no merit to the claim.

The lawsuit also names The Kroger Co., which owns the Ralphs grocery chain.