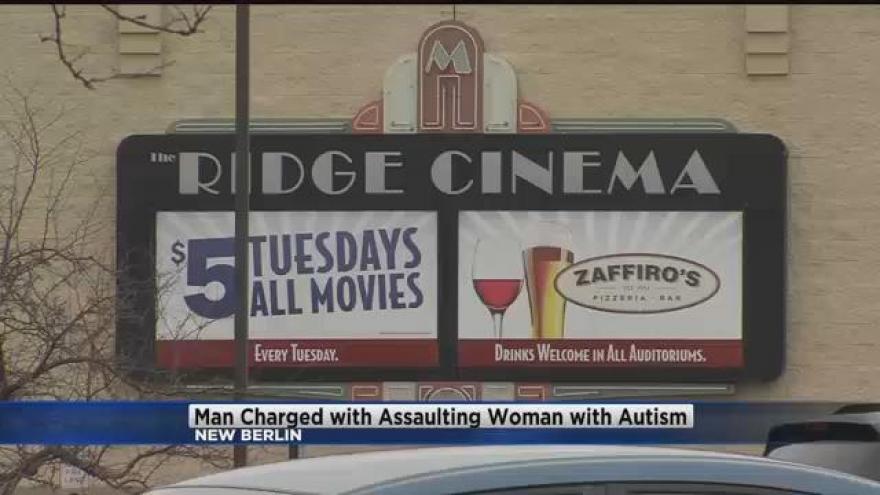 The victim is 24 years old, but her father tells CBS 58 her mental capacity is more like that of a 10 to 12 year old and she is on the autism spectrum.

The abuse happened while she was an employee at the Marcus Ridge Cinema in New Berlin.

Surveillance video shows 72 year old Humberto Paniagua groping and kissing her while she was working.

According to the criminal complaint, Paniagua would drive more than an hour from home to go to the theater.

Sometimes the abuse happened during a movie while people were around.

It also happened in the open near concessions. Paniagua told her not to tell anyone.

Eventually an employee saw it happen and asked him to leave, then reported it to police.

The movie theater has responded and released a statement saying, "this was truly an unfortunate incident and we fully cooperated with law enforcement. The safety and security of our associates and guests is our top priority and we appreciate our associate manager's quick response and handling of this incident."