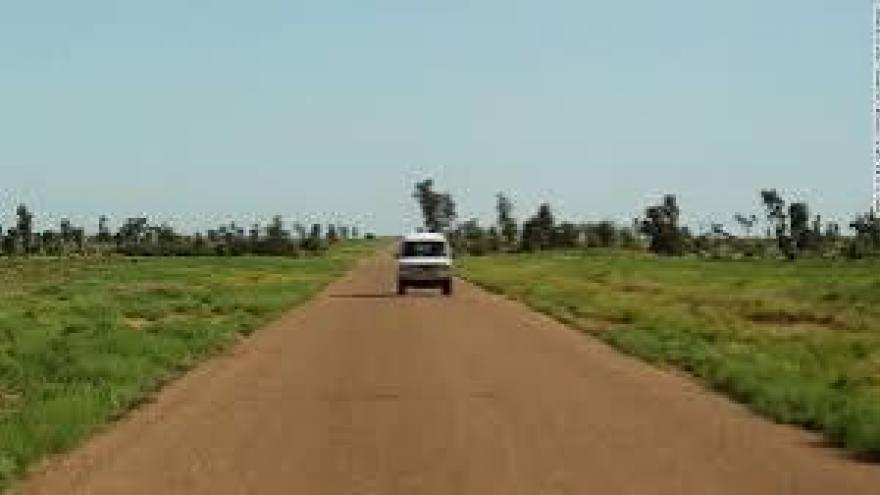 (CNN) An Australian man has been charged with multiple counts of rape and assault after he allegedly kept a British backpacker captive for weeks while on the road in the state of Queensland.

The 22-year-old woman was rescued on Sunday when the vehicle she was driving was pulled over in a routine traffic stop in rural Mitchell, approximately 350 miles west of state capital Brisbane, police said Tuesday.

She was "visibly distressed" and had scratches and bruises on her neck and face, police added.

Police officers searched the vehicle she was in and the man, also 22, was found hiding in the back of the vehicle.

The alleged offenses -- which also included two counts of deprivation of liberty and four counts of strangulation -- took place from February 3 to March 5 in various locations across the Australian state of Queensland, police said.

Police originally stated a different time frame but issued a statement to clarify on Thursday.

"They are very serious offenses and would have been quite traumatic for the young female involved," Detective Inspector Paul Hart told reporters on Tuesday.

"What she's experienced is no doubt horrific and terrifying, and we commend her for taking the opportunity to speak to our police out in Mitchell."

According to police, the pair met near Cairns on January 27 and were previously in a relationship.

The young woman had not been reported missing and had very limited opportunity to escape her captor throughout her ordeal, police said.

Her British passport had also been damaged by her alleged captor, and she will stay in Australia until her documents are replaced.