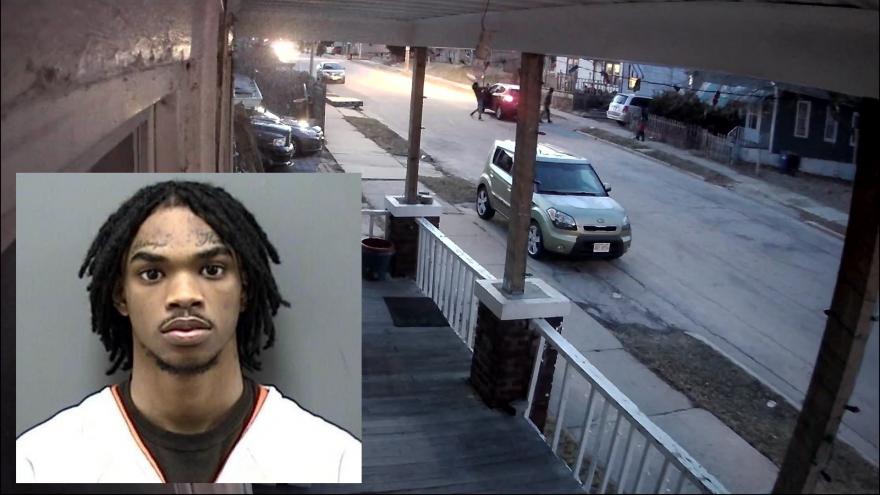 RACINE, Wis. (CBS 58) -- A Racine man has been charged in the shooting of a 16-year-old boy on March 20. Graphic video obtained by CBS 58 shows the victim walking alongside a 6-year-old child near Albert and Marquette Street just before a gunman opens fire on the teenager.

Xavier Jackson, 18, faces the following charges in connection to the shooting:

Video footage shows a dark-colored SUV drive onto Albert Street, where the victim was walking westbound with the young child. The SUV passes them both, then stops in the middle of the street. The driver gets out of the vehicle and begins firing a handgun toward the victim and 6-year-old child. The victim then falls to the ground and the child runs eastbound before a second gunman gets out of the SUV and approaches the victim. The gunman stands directly over the victim and fires numerous rounds straight down at him. The complaint says the incident "can only be described as an attempted execution."

Prosecutors say the video suggests there was a third shooter from the SUV who cannot be seen on video. Afterwards, both the driver and second gunman get back in the SUV and flee westbound on Albert Street.

The complaint says the 16-year-old victim was shot at least seven times and flown via Flight for Life to Children's Wisconsin.

Investigators linked the suspect vehicle to an Illinois license plate number and found that the vehicle was reported as stolen to the Lake County Sheriff's Department days prior. Kenosha police located the vehicle on the morning of March 26. The driver fled into Racine, then back into Kenosha as law enforcement pursued. The vehicle ultimately crashed after a high-speed pursuit in Illinois, and the driver, later identified as Jackson, fled the scene but was later taken into custody.

The complaint says Jackson was wearing clothing that closely matched the description of the driver on the day of the shooting. Officers located a handgun in Jackson's flight path and another firearm inside the vehicle, both which were previously reported as stolen.

Prosecutors believe Jackson attempted to kill the victim in retaliation for a homicide that the victim was not involved in. It is believed Jackson mistakenly identified the victim as someone else.

Records show Jackson was on bond at the time of this incident, for a Racine County charge of operating a vehicle without the owner's consent. He was released on a signature bond in December 2021 under the condition that he not commit any new crimes.

In April 2021, Jackson was convicted of driving or operating a vehicle without consent in Kenosha County.

As a felon, he is prohibited from possessing a firearm.

Jackson is now being held on a $250,000 cash bond and due back in court for a preliminary hearing on April 13.