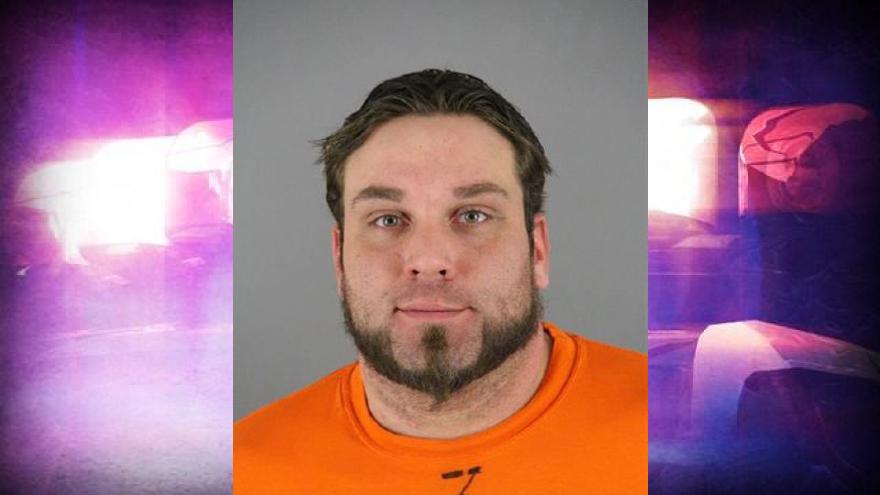 PEWAUKEE, Wis. (CBS 58) – A Pewaukee man is charged after police say he left his ex-girlfriend’s vehicle on the railroad tracks of West Wisconsin Avenue near the lakefront.

Michael Trumble, 32, is charged with attempted felony criminal damage to property and obstructing an officer.

According to a criminal complaint, the Pewaukee Police Department responded to a call for a traffic hazard on the railroad tracks on Sunday, February 18, around 12:30 p.m. When police arrived, they found an empty Ford Escape parked on the tracks. No keys were found inside the vehicle. Police learned that the vehicle belonged to a woman who had been arrested in a domestic disturbance call earlier in the day.  The vehicle was later towed off the tracks.

Officers then spoke to Trumble who was the other person involved in the domestic disturbance complaint from earlier in the day.

When Trumble and his girlfriend arrived at the station, police say the car they arrived in was similar to a car seen on surveillance video around the time the vehicle was left on the tracks.

The complaint says Trumble had been dating the woman whose car was left on the tracks for several months until she was arrested for a different domestic-related incident about a month earlier.  Because his car was not working, he told officers he had been driving his ex-girlfriend’s vehicle. He told detectives he thought the car went missing while he was running errands that day and that it had been picked up by a family member of his ex’s. Police say Trumble had called dispatch to report the vehicle had gone missing from his residence around 12:30 p.m.

After being confronted with his girlfriend’s interview with police, Trumble later admitted to officers he had driven his ex’s vehicle to the railroad tracks and left it there because he felt that, “she railroaded his life.” He also told police that he used a screwdriver to start the vehicle since he didn’t know where the keys were. After leaving the vehicle on the tracks, Trumble said he then got into his girlfriend’s car, as she had followed him, and told her to drive off and not to worry about the vehicle on the tracks.

In the complaint, police say trains come through the crossing where the vehicle was left about every half hour during the day and that if a train had hit the vehicle, it would have totally damaged the car.