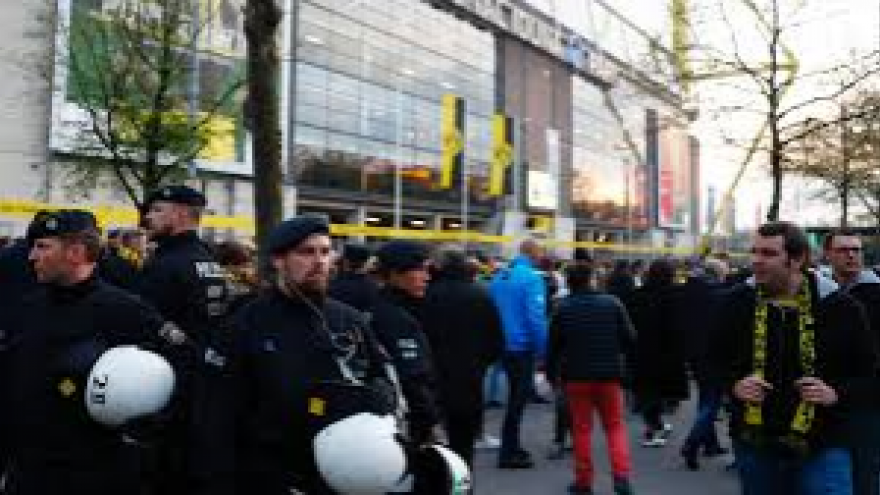 Berlin (CNN)-German prosecutors say the man responsible for last week's bomb attack on the bus carrying the Borussia Dortmund soccer team had bought options to short sell 15,000 shares of the club's stock before the attack, hoping to make a profit from the carnage if share prices fell as a result.

A 28-year-old German-Russian citizen has been charged with attempted murder, causing an explosion and aggravated battery and severe bodily harm.

The suspect, who was arrested near the southwestern German city of Tuebingen, was staying at the Dortmund team hotel on the day of the attack, according to a statement released by the prosecutor's office.

Prosecutors said that shares in the club could have dropped significantly if a player had been seriously injured or killed in the attack.Three explosive devices shattered windows and injured a player on the bus last Tuesday evening local time as the German squad was en route to its home Champions League match against AS Monaco. The game was postponed to the next day.The devices, which were hidden behind a hedge, contained pieces of metal and had a reach of 100 meters (109 yards), the federal prosecutor's office said.

Based on the type of detonator and explosive involved, German authorities had assumed \"terrorist involvement,\" spokeswoman Frauke Koehler said at the time.Spanish defender Marc Bartra, 26, suffered injuries to an arm and hand, the team said. Bartra, who has played 29 games in all competitions for Dortmund this season, was treated at the scene and hospitalized.

The team later said Bartra was in surgery for a broken radius -- a bone in the forearm -- and for \"bits of debris lodged in his hand.\" He did not play in the postponed match, which AS Monaco won 3-2.