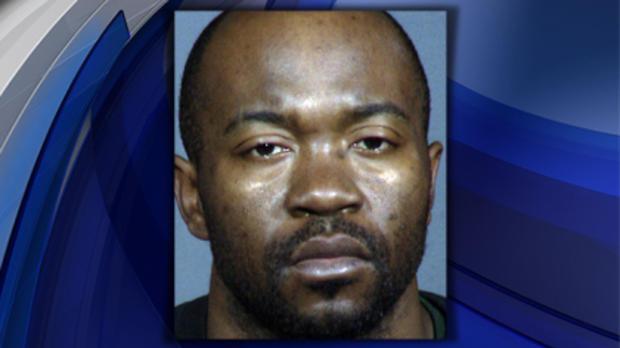 Police have taken into custody a man who allegedly pushed a rider onto the subway tracks in the Bronx, where he was killed by an oncoming train.

CBS New York reported Kevin Darden, 34, was arrested without incident in front of his mother's house. Charges were pending Tuesday evening, but he is expected to be arraigned in the death of Wai Kuen Kwok, 61.

Police say Kwok and his wife waiting on a subway platform Sunday morning, headed to Manhattan for her birthday breakfast, when he was shoved onto the tracks as the train approached. The motive for the alleged push is unknown and police know of no prior altercation between the two men.

Surveillance cameras caught a man authorities said was Darden just after the attack.

Darden has a lengthy criminal record, including 30 prior arrests on assault, robbery and drug charges, police say. He is also suspected of at least two other crimes similar to the shoving incident that took place earlier this month.

In the first, a 51-year-old man was pushed to the floor of a subway platform in Manhattan. He came forward and identified Darden after seeing video of him following the most recent incident. In the second, police believe he robbed an individual at a subway station in the Bronx, just prior to the fatal push.

Earlier in November, he was also arrested for alleged pickpocketing in Manhattan.