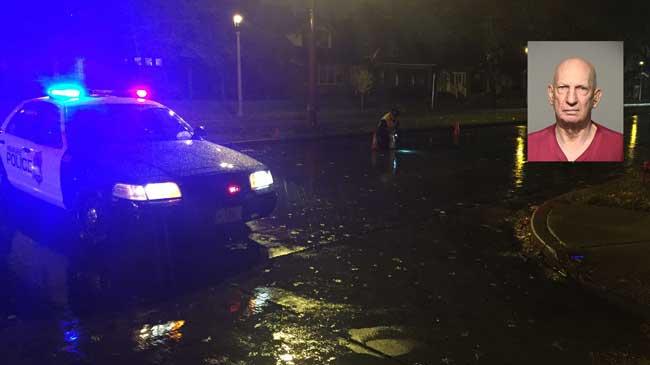 A 73-year-old Milwaukee man has been charged in the fatal hit and run that occurred Tuesday night at 1694 South Layton Blvd.

Andrew Emer was charged with hit and run resulting in a death, according to the criminal complaint.

A witness said David Montanez had exited a bus at the stop located on South Layton Blvd.

The witness said she heard a crash sound.

Another witness said he applied his brakes to stop keep from hitting Montanez. He witnessed a white van change lanes to pass the vehicle and strike Montanez.

The van left the scene and then returned to the scene. It stopped briefly and then fled.

Emer told police he was planning on turning himself in.

“I guess I shouldn’t have ran but, I went down the block a little bit then I turned around and went back. Some lady was there and I asked if he was alive. She said he was dead,” said Emer to police.