Man arrested for threatening to shoot a person at Carthage College 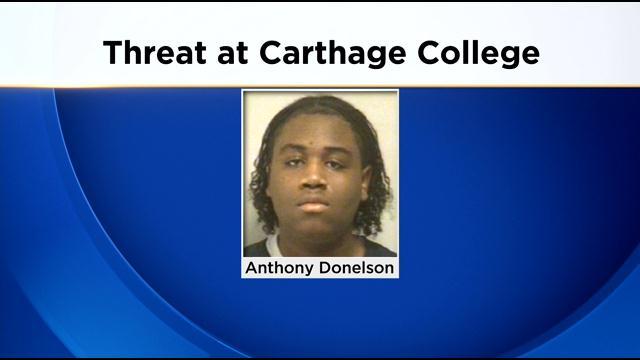 Police have arrested a man for making an online threat on a Carthage College student.

Kenosha Police say Anthony Donelson, 24, posted a photo of a handgun and assault rifle on Facebook Tuesday and threatened to shoot the person at Carthage and anybody who got in his way.

The school sent out notices to students and staff about the threat,

On Thursday, they were able to talk Donelson into turning himself in.

Investigators say neither the suspect nor the intended target was connected to the school.

In a press release police say \"Officers of the Kenosha Police Department received a 'Cyber-Bullying' complaint in which the victim was on Facebook and claimed to be a Carthage College Student. The suspect in this case posted a photo of a handgun and an assault type rifle and threatened to go to Carthage to shoot the victim and anyone who got in his way. Carthage College was contacted immediately and warned of the potential threat. Through the investigation it was learned that neither party has ties to Carthage College.\"