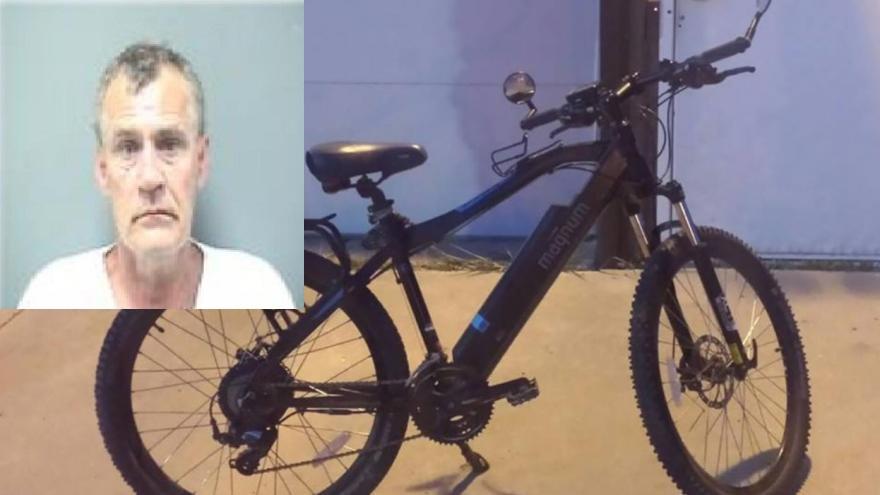 RACINE COUNTY, Wis. (CBS 58) -- A Franksville man has been arrested for his 6th OWI after police say he fell off his bike near 67th and Durand in Union Grove.

It happened around 7 p.m. on Tuesday.

Upon arrival, officers located a man hunched over on the side of the road. He was covered in dirt, had slurred speech, bloodshot eyes, and smelled of intoxicants.

The man told police that he was looking for the battery of the bike. It was later learned that the bike is powered by a battery and a throttle affixed to the handlebars.

Officers attempted to detain the man who began to resist. He was decentralized to the ground.

The man was later identified as John Nelson, 58.

He has been charged with Operating While Intoxicated and Resisting an Officer.

RACINE COUNTY, Wis. (CBS 58) -- A man is arrested for his sixth OWI after deputies say he crashed his motor-powered bicycle in a ditch.

According to the Racine County Sheriff's Office, a 58-year-old Franksville man crashed into a ditch in the area of 67th Drive and Durand Avenue in the Town of Yorkville around 7:00 p.m. Tuesday. A caller told investigators the man appeared highly intoxicated.

When deputies arrived, they say the bicyclist became combative and was taken into custody.

The man was arrested for OWI-sixth offense and resisting/obstructing an officer.