Man arrested after exchanging fire with cops at Trump resort 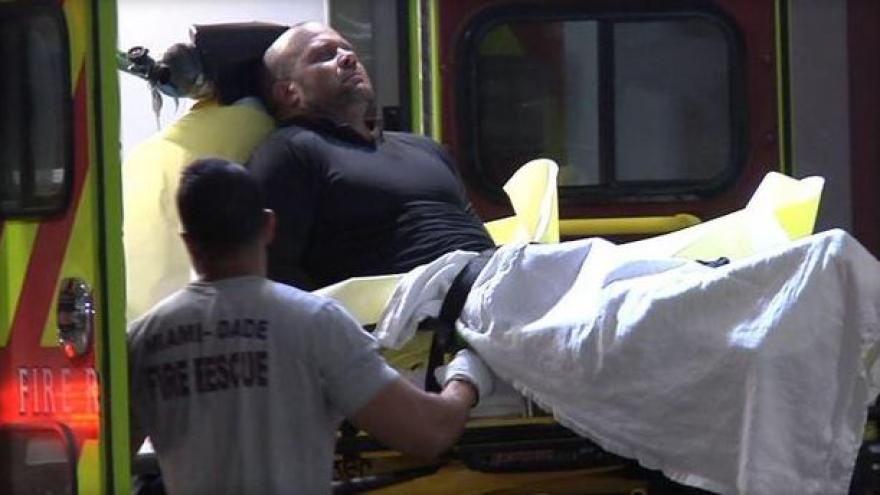 (CBSNews) -- Police responding overnight to a call of an active shooter at President Donald Trump's golf resort in Doral, Florida, engaged in a shootout with a man and ended up taking him into custody with gunshot wounds. Miami-Dade Police Director Juan Perez said at a news conference early Friday morning that the man was found "actively shooting" in the lobby of Trump National Doral Miami resort, making anti-Trump statements.

One officer sustained non-gun related injuries but nobody else, apart from the shooter, was wounded. The man in custody was not identified, and his motive remained unclear.

The emergency call came in at approximately 1:30 a.m. Eastern time and Doral Police Department officers responded with assistance from the Miami-Dade Police department. They confronted the subject immediately and exchanged fire.

The man was "neutralized and taken into custody without further incident," the police said, adding that the subject "is believed to have been shot multiple times in lower extremities." Video obtained by CBS News shows the man being taken out of an ambulance at a Miami hospital awake and seemingly alert.

Officials confirmed there was gunfire prior to officers arriving at the hotel. Police said there was a definite attempt to draw officers to the scene. A fire alarm was also set off.

Police said the man was using a semi-automatic handgun, but they did not provide any further details.

In addition to the local police, officials from the Department of Homeland Security and the Secret Service were on the scene. The FBI was also involved in the investigation.