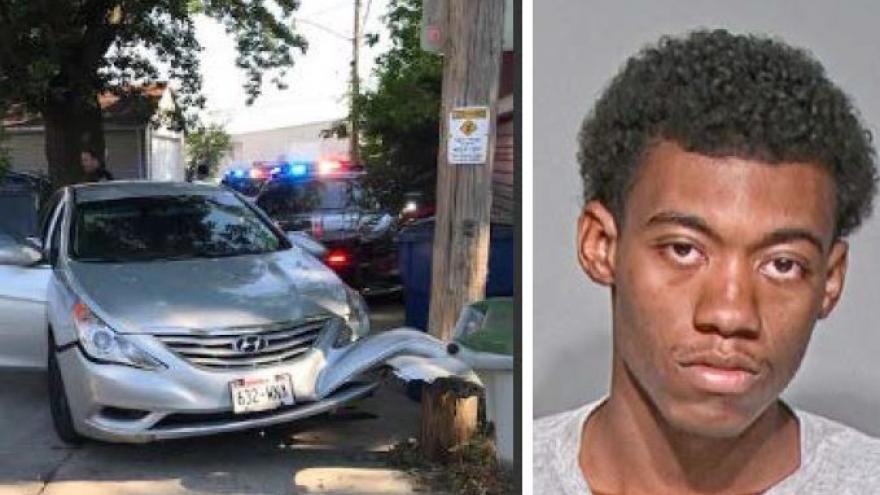 MILWAUKEE (CBS 58) -- A man accused of leading Milwaukee County Sheriff's deputies on a chase while in a stolen car is now in custody.

According to the Sheriff's Office, 20-year-old Brion Freeman was behind the wheel of a car that was tailgating a Sheriff's deputy while northbound on I-43 near the Marquette Interchange the morning of the 4th of July.

Freeman allegedly passed the deputy at a high rate of speed and failed to stop when the deputy tried to pull him over. After getting off at westbound Capitol Drive, the deputy chased Freeman on city streets until the vehicle Freeman was driving hit a utility pole near 21st and Cornell and ran away.

After setting up a perimeter, deputies found Freeman hiding between houses in the area of N. 18th Street and W. Congress. The Sheriff's Office says the chase lasted 11 minutes and covered just over 11 miles.

The vehicle was also found to have been stolen on July 2.

The Sheriff's Office says they will pursue charges of operating auto without owner's consent, fleeing and eluding. Freeman was also cited for reckless driving, unreasonable speed, and operating while suspended.