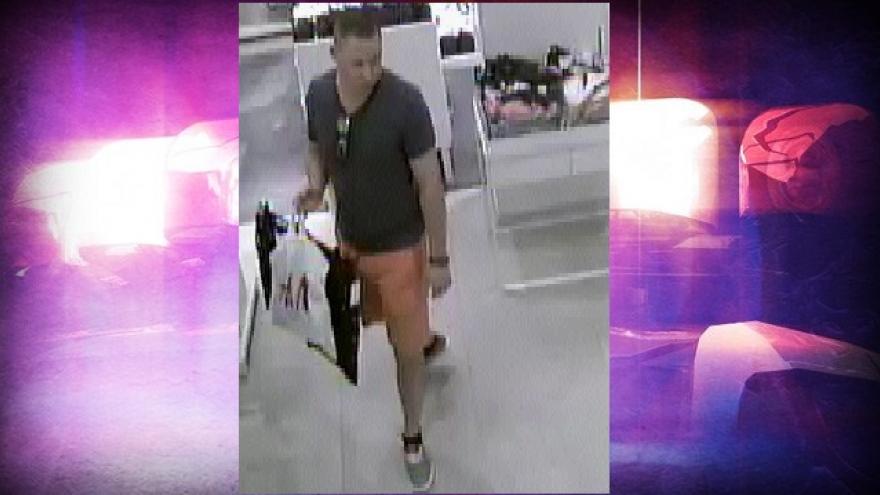 Brookfield Police is looking for a man accused of trying to take pictures of a woman while she was in a fitting room at a clothing store.

Police said the man reached over the top of the fitting room with his phone to try and take pictures of the woman at H&M at Brookfield Square Mall on Saturday.

The man is described as approximately 30 years old, 6-foot in height, weighing 200 lbs, with short brown hair. He was wearing a blue shirt, peach shorts and Vans shoes.

The woman believes the suspect was following her through the store before she entered the fitting room. The suspect fled the store in an unknown direction.

If anyone is able to identify the suspect, contact Officer Steffens of the City of Brookfield Police Department at 262-787-3702.