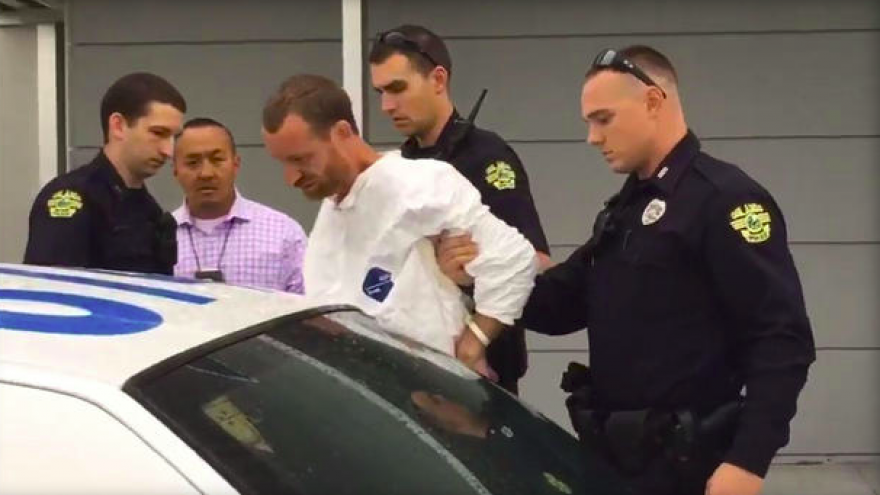 ORLANDO, Fla. -- A Florida man is charged with sexually abusing a 2-year-old child in a fast-food restaurant bathroom after a witness saw the attack.

The Orlando Sentinel reports that 35-year-old David Gray was arrested Friday morning near a Chick-fil-A restaurant where the assault allegedly took place.

Police say the witness saw the child's reflection with Gray in a bathroom stall. Investigators say Gray, who was in a motorized wheelchair at the time, pulled out a stun gun and threatened the witness.

"I'll [expletive] kill you," Gray allegedly said, according to a police affidavit obtained by CBS affiliate WKMG. Fearing for his safety, the man let Gray pass, but followed him out as he left the restaurant, and called the police, officers said.

It's not clear how Gray knew the 2-year-old. Officers interviewed a woman who said that Gray works for her as a daycare provider and that he left the home that morning with two people whose names and ages were not released, reports the Orlando Sentinel.

Gray was transported to Orlando Police headquarters, where Gray allegedly said after an interview that he would "man up and tell the truth," reports WKMG.

"What else am I going to do? Might as well get it over," Gray said, according to the documents.

Gray faces charges of sexual battery of a child younger than 12, lewd or lascivious battery and molestation, child abuse and contributing to the delinquency of a minor. He is jailed without bond and it's unclear if he has a lawyer.