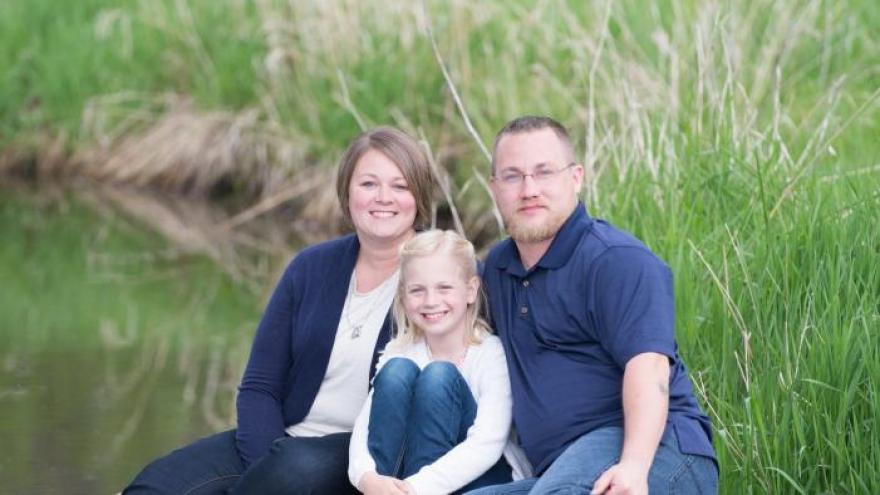 A year after losing three of their four children to a house fire, the Maki family shared publicly for the first time about how their faith has brought them healing. They spoke during the Sunday service at Crossroads Community Church in Sheboygan.

Reflecting on a year without Natalie, Ben and Carter brought tears.

"The 9 month mark of losing our kids, I had this awful realization that my kids were gone from me for the same amount of time that I had carried them, that I was pregnant with them," said Kristi Maki.

The Maki's hold the memories that gave them hope just hours after the fire.

"Just sobbing in the elevator, and there was a woman; I have no idea who she was. She came up to me and said, 'everything's going to be okay,' and prayed for me right there. That kind of compassion stuck out," said Chris Maki.

"Jenna is still with us. I mean, the fact that Jenna got out of that house alive is an absolute miracle," said Kristi Maki.

10-year-old Jenna watched from the front row as her parents talked about facing the pain in front of hundreds.

"Kristi serves as a leader in our children's ministry; imagine that -- never ran from it, didn't quit from that. And Chris is voluntarily going and serving as a leader for our youth retreat knowing that he's going to see kids that were best friends with his children," said Pastor Jeff Jaeger, Crossroads Community Church.

The Maki's say the support of their church community and speaking to a counselor has made all the difference.

"We're closer now than we were before the loss of our children. There's statistics that say over 50 percent of marriages fail, completely are fallen apart within the first year of losing a child, and that's not our story," said Kristi Maki.

What the Maki's shared is now available online at http://www.ustream.tv/recorded/99438726