Major storm late this week could bring rain or snow 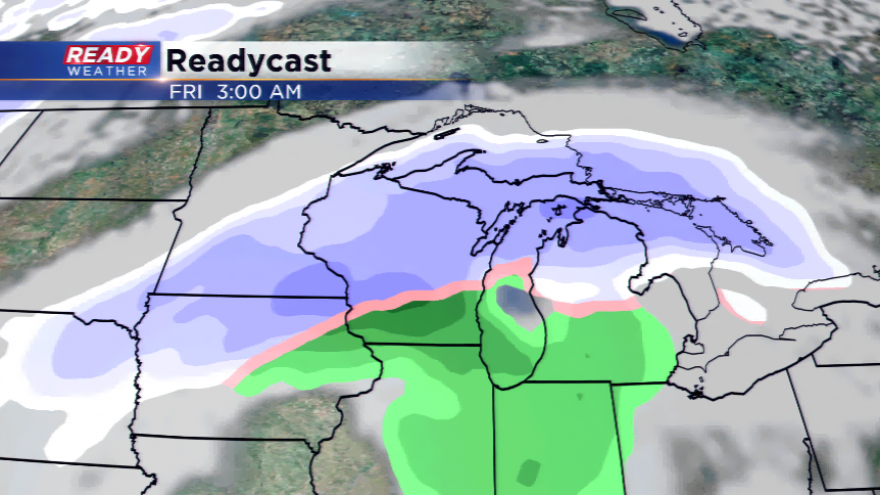 The main story as we head into the last week before Christmas will be a major winter storm disrupting the overall pattern. Let me start out by saying there are MANY uncertainties within this storm. 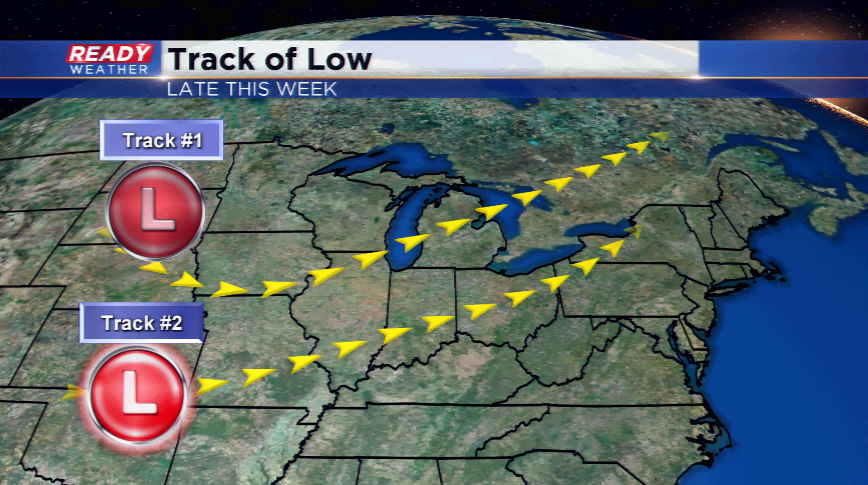 The main batch of energy will originate back toward the Gulf of Alaska, strengthen as it hits the Rockies and the U.S., and take a beeline toward the Badger State. The track of the storm system or the low pressure will be absolutely crucial to what the region sees in terms of precipitation. A path a little bit farther south would keep us in the cooler side of the storm and thus lead to more snow around southeastern Wisconsin. A more northerly track would mean more rain than snow. 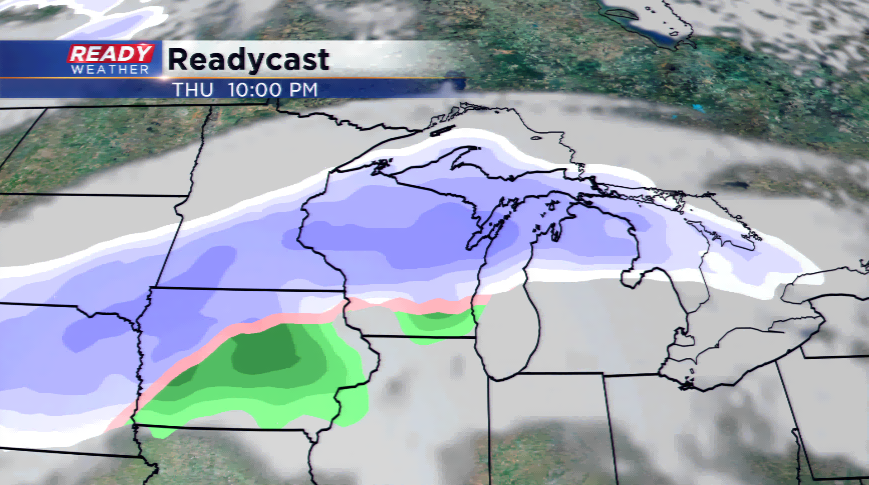 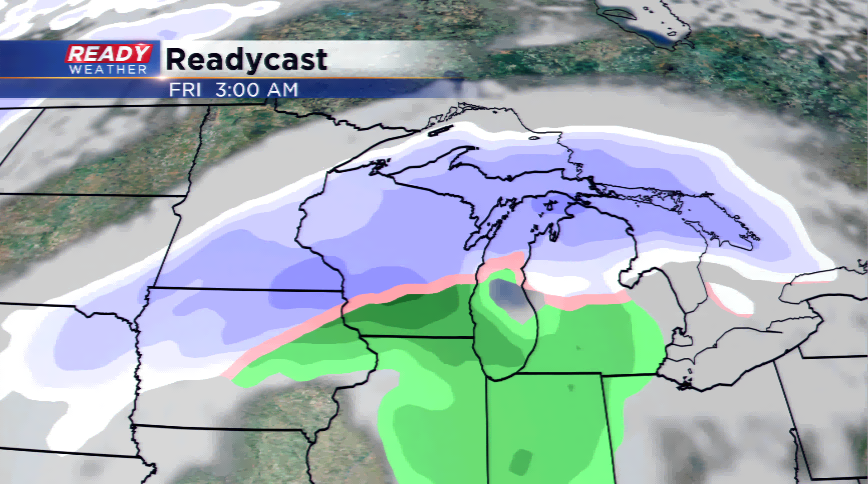 My feeling on the forecast is a more north track with the low passing into southern parts of Wisconsin – this would mean a rain/snow mix for the Milwaukee metro, but more snow for our northern and northwestern counties. The forecast has the low moving in by Thursday, precipitation kicking off after lunch time, and continuing until Friday morning. Places around the state that see all snow could see 6”+, while others in the warm sector of the storm will see much less and rain.

What we are certain of in this forecast is the arrival of arctic air behind the storm system. This will mean a very cold holiday for the state of Wisconsin. Highs in the teens and lows close to zero, if not colder (depending on the snow pack). 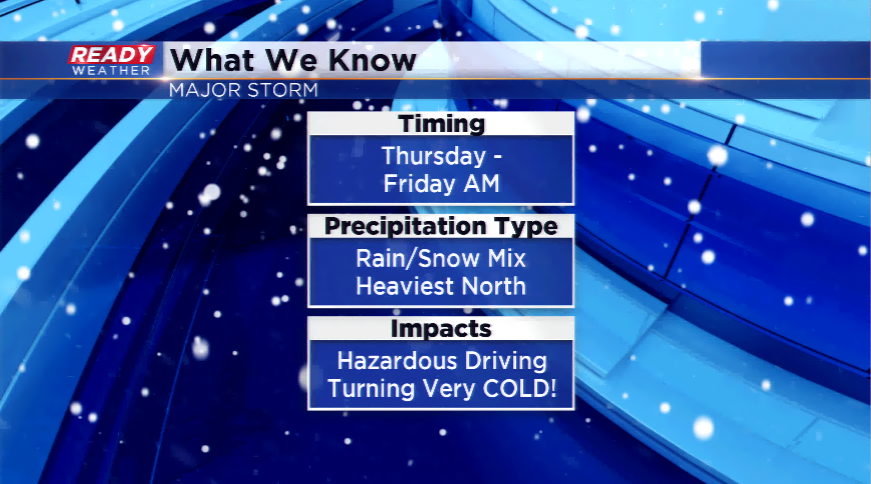