A long duration of precipitation and accumulating snow is developing across the Badger State tonight. Several inches of snow will fall across our area over the next 36 hours. Here's the latest on the alerts: 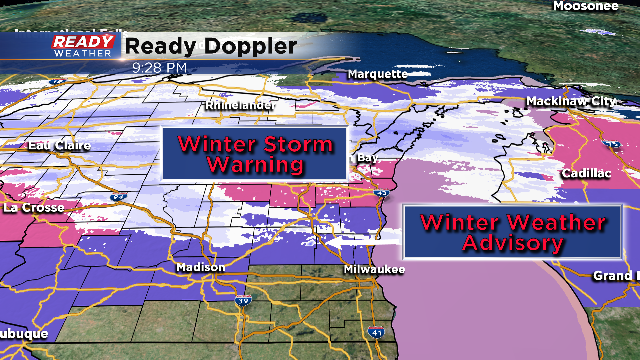 All of our counties north of Milwaukee and Waukesha county are under a Winter Weather Advisory which kicks off officially at 1am. The Advisory runs until 7am Wednesday, so this is going to be a somewhat lengthy event for the area and give us the plenty of time to let the snow pile up. By the time we hit the morning commute Tuesday, widespread precipitation should be in progress. And we're looking for primarily snow. Then as temps warm just a few degrees, southern parts of the area will likely see the snow switch to rain, for a period of the day. Here's a wide view tomorrow around 3pm. 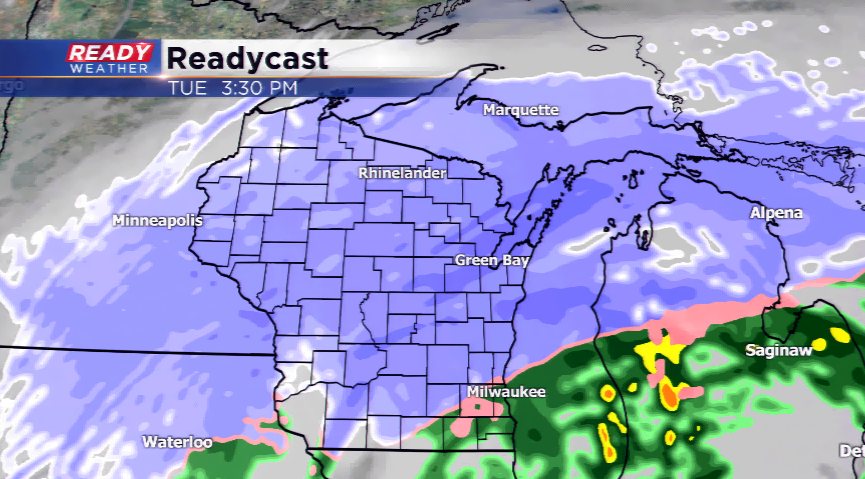 A closer inspection shows the rain to our south. And we could pick up a quarter inch of rain across the south, but also accumulating snow. 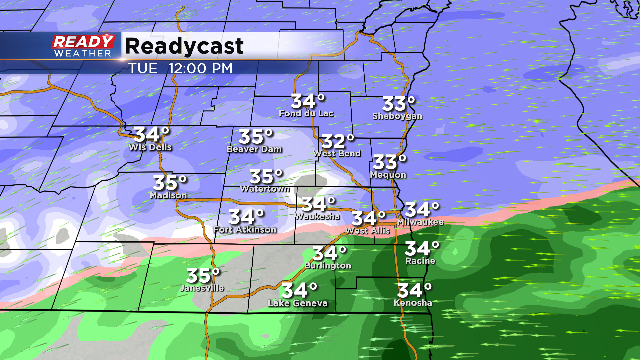 In fact, by the time we get to our evening commute Tuesday, precipitation should transition back to snow area wide. The bulk of the snow appears to accumulate Tuesday night into early Wednesday. Here's the latest snowfall projections: 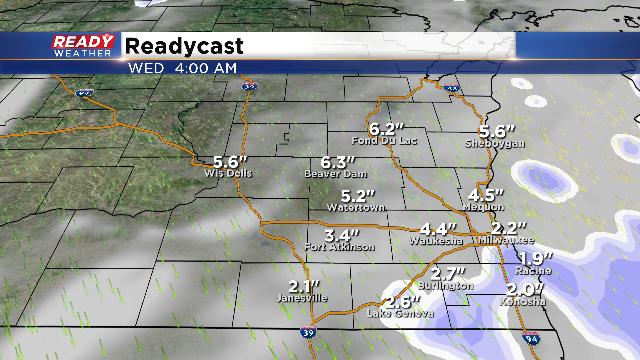 As we see mostly snow, accumulations in the order of 3-6" are possible in the advisory area. Southern spots could see 1-3", but much of this will melt on contact so totals will be hard to discern. Any way you slice it, winter still has its' grip on Wisconsin.

Eventually the northwest flow behind the storm will scour out the last of the snow and the cold will settle in. It will not feel like early April for the first week, at least. Temperatures will be stuck in the 30s for daytime highs the rest of the week.