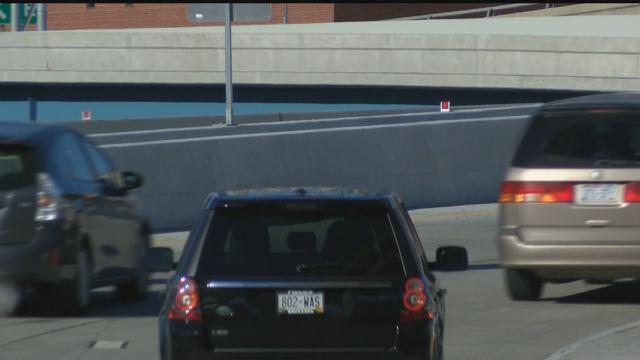 Phases in two major projects have just wrapped up.

It's the first time in about a year drivers are able to get off and on 794 from downtown without a detour.

The new ramps are right outside Summerfest's front gates, and could bring a lot of change to downtown.

Sackmann shows CBS 58 the new changes at 794 downtown. She is the project manager for the Lakefront Gateway Project.

The opening of the ramps and Lincoln Memorial Drive at Clybourn means the first phase of the project is done.

The biggest change is a relocated ramp on Lincoln Memorial Drive.

The construction also consolidated space, leaving room for another building to go up in the downtown area. The DOT says whatever is built there could rival the Northwestern Mutual or US Bank buildings.

"The Clybourn intersection with Lincoln Memorial Drive opened and barrels are off the road and all latent traffic movements are open," said Sackmann.

There is a new driving guide explaining how the lanes in this intersection work. To take a closer look at that and what else has changed visit: projects.511wi.gov/lakefrontgateway/

There's also been a lot of work done on the Zoo Interchange.

"There's the three lanes; all brand new lanes. All that's shifting to the south... so what that means is goodbye zipper merge," said Michael Pyritz, DOT Communication Manager.

Pyritz explains the work that has been done at I-94 and Highway 100.

The DOT is happy to announce drivers can say goodbye to the zipper merge. Starting Tuesday morning drivers will be directed to the new pavement from Sunnyslope Road through the Zoo Interchange, and cars will be able to drive on all three lanes.

And the merge was eliminated early to help out holiday travelers.

"It was originally planned to be done Tuesday night into Wednesday, but we had the opportunity to complete the work tonight heading into tomorrow morning to avoid all the holiday travel," said Pyriytz. "We know there's a lot of very early flights. We did not want to have the freeway closed and potentially impact the people trying to catch flights out of Mitchell or hitting the road early for the Thanksgiving weekend."

THE DOT says the change will affect Black Friday shoppers at Mayfair Mall and nearby. Starting Tuesday morning another change starts. Drivers will not be able to get onto East I-94 from Highway 100. To find the best alternate route, visit: projects.511wi.gov/zoo-interchange-project/