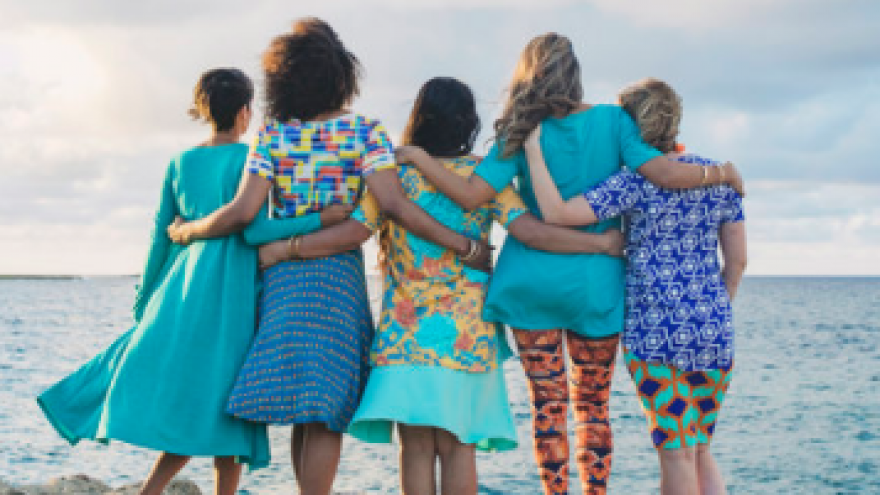 UNDATED (CBS 58) -- If you've been on social media lately, you may have seen posts from several LulaRoe consultants going out of business.

If it seems like more than usual, there may be a reason for it.

Lularoe is a company that's been known for its "buttery soft" leggings. They also feature a variety of other shirts and dresses in bright and fun colored patterns. LulaRoe is a direct sales enterprise. The items can only be purchased through "consultants" who sell the products on Facebook and during in-home parties.

According to a petition started on change.org, LulaRoe announced on September 13 that they would only refund returned goods at 90% of their value plus consultants would have to cover return shipping costs. This was different from their previous policy in which any unsold merchandise for a 100% refund plus free shipping for a retailer who wanted to end their business.

Many consultants left comments on the petition stating that they are now out thousands of dollars.

The policy on change.org is demanding that LulaRoe grandfather in anyone in the current cancellation process, as well as expedite anyone who has been waiting over 30 days for their refund check.

In the meantime, many consultants are hosting going out of business sales on Facebook in which they sell their merchandise at a discounted rate. This hurts the consultants still in business and therefore many are calling on LulaRoe to change their ways.

This isn't the first time that consultants have been upset with LulaRoe.  According to CBS MoneyWatch, Sales representatives with LuLaRoe -- who are technically independent contractors said the company misled them about the time and risks involved in launching a LuLaRoe business, as well as the potential income people can earn from becoming a “consultant” who sells its merchandise. They also claim LuLaRoe is slow to process refunds for products they buy that turn out to be defective.

CBS 58 News has reached out to Lularoe for comment but has not yet heard back.