Lucroy says He is Excited to See What Happens this Season 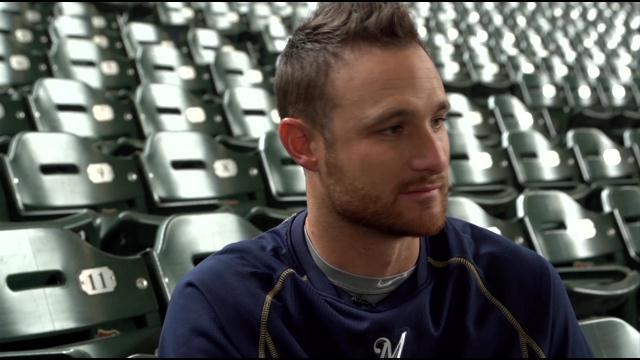 You can feel the pulse quicken a bit here at Maryvale Baseball Park. Pitchers and catchers have been here for several days.

We've spent a lot of time talking about these Brewers in the abstract sense trying to figure out who might start for this time, who we even recognize on the roster.  Only 11 of last opening day's 25-man group are still with the team.

But what hasn't changed is the sense of optimism and excitement - there are some young, hungry players ready to carve out roles on the 2016 Brewers, and some have been pacing at home all offseason, ready to get back on the field.

The Brewers are in a rebuilding phase, and it hasn't been an easy adjustment for everyone. Jonathan Lucroy was outspoken about leaving, but he's singing a different tune now.

Lucroy's been working extensively with Jacob Nottingham, a 21-year-old just acquired in the Khris Davis trade.

Nottingham looks like a linebacker. He impressed in batting practice today