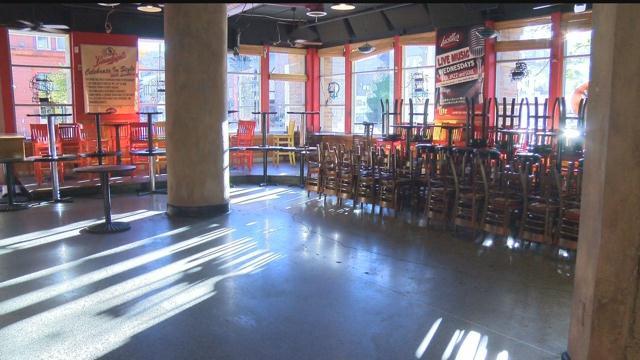 For more than twelve years its been at top of people's "must-do" list here in Milwaukee and across the country.  Management at Lucille's piano bar told CBS 58 its been a good run but over the years their clientele has changed and its affected their business.

Just three months ago, this video posted to Facebook with lines out the door at Lucille's, the popular piano bar on Old World Third Street.

"Its incredibly unique; a lot of people have tried to mimic this," said Garrett Conley, general manager of Lucille's Rockin' Piano Bar.

But Tuesday night much more somber as the bar announced on Facebook it will be closing for good after this weekend.

"I was getting notifications every second. Not every minute! Every second," he said.

The bar has been open for more than 12 years, known  for its dueling piano players: local guys and gals who can rattle off any song you request.

But management says the crowd has changed.

"There's a lot of generations like X-Y-Z millennials or college students that just want to go bar hopping," said Conley.

He says between the financial issues and a change in clientele with the new Milwaukee Bucks arena, the time is right to change the theme of the bar, and have new owners join together with the old owners to accomplish that goal.

"There's a lot new bars that are catering to younger people. That's what were going to be doing," he said.

No set date on a grand opening, no details on a new name or theme, but a promise that the Lucille's tradition will continue.

"I was just so proud on the longevity of how many lives we touched. That's what were going to miss the most," he said.

Lucille's isn't totally gone, they have a service where they'll bring the dueling pianos to you. It's called "Lucille's To-Go" and more information is available here: http://lucillesmke.com/