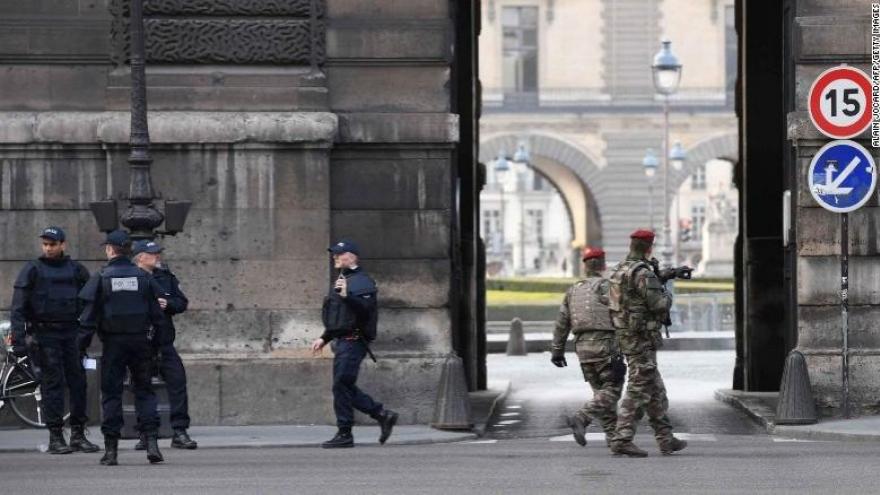 (CNN)A soldier on duty near the Louvre museum in the French capital, Paris, opened fire on a man who attempted to attack him with a machete on Friday.

The man had rushed towards a group of soldiers and guards in the Carrousel du Louvre, the underground plaza near the museum, according to Michel Cadot, the Paris prefect. Wielding the weapon, the man shouted "Allahu akbar" (God is greatest), Cadot said.

The soldier fired five shots in response.The attacker was wearing two backpacks and may have had a second weapon, Cadot said. He was seriously injured by a bullet to the stomach. One solider was slightly injured on the scalp.

No explosives were found in the backpacks of the man, who was taken into custody alive and conscious. He is being tended to by firefighters, Cadot said.

A second man was arrested, although it was immediately clear whether he was connected to the attack.About 250 visitors who were in the Louvre museum at the time were taken to secure aread, Cadot said, and will be evacuated in small groups.

Cadot praised the response of the police and military at the scene.