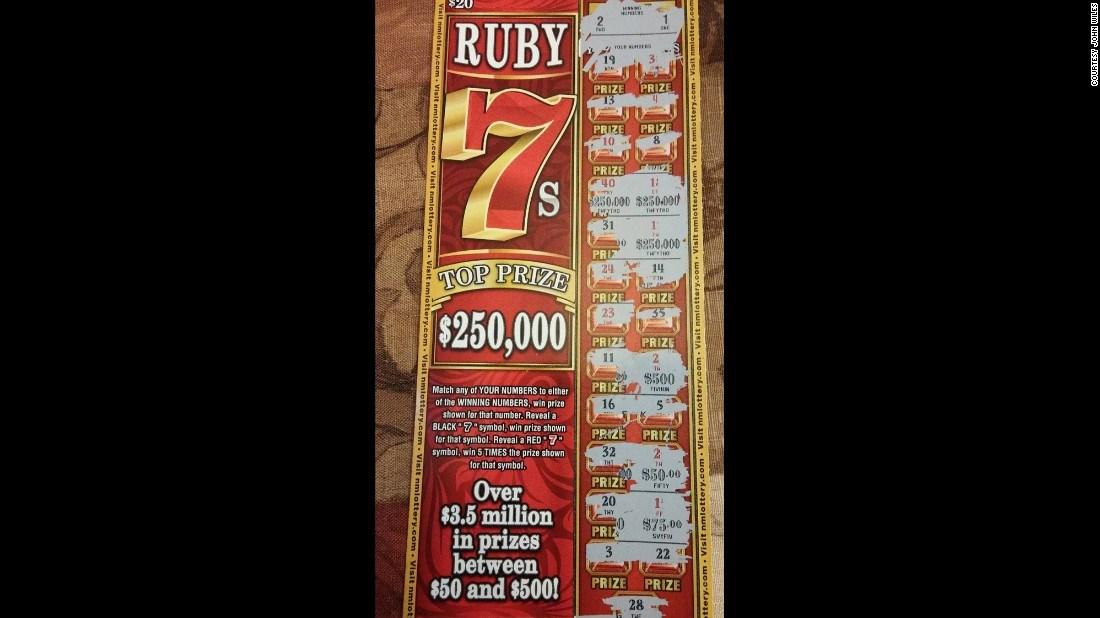 (CNN) Playing the lottery has always been something fun to do for retiree John Wines. So when the New Mexico native went to a gas station to purchase his weekly Powerball ticket, on one particular Saturday in December, he sprung for a scratch-off ticket, too.

The winning numbers printed at the top of the scratch-off were two and one.

Wiles said he was in shock when he scratched off five of them, his winnings totaling more than $500,000. The amount confused him, he said, because the maximum prize on the ticket is $250,000.

But when he took the ticket to the store where he bought it, the store clerk put the ticket in a scanner that said Wines wasn't a winner after all.

Wines called the New Mexico Lottery Commission, which confirmed the ticket was a misprint.

Wines' fun hobby had now become the cause of an emotional roller coaster.

He reached out to the New Mexico Lottery Commission, hoping it might honor the ticket. But it only thanked him for calling to attention the misprint and offered him $100 in lottery bucks.

Wiles said it felt like a \"brick to the head.\"

Wiles said the money is important to him, but \"it's the principle of the thing,\" that bothers him most.