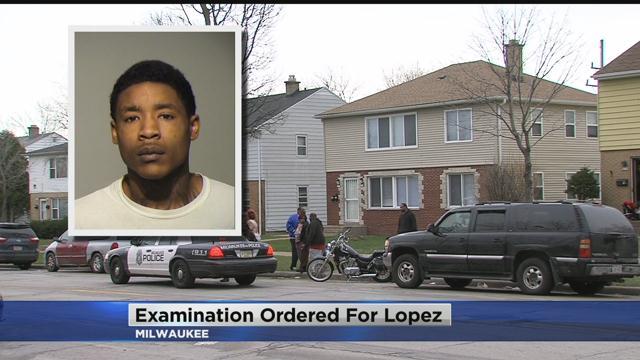 The man accused of shooting and killing his girlfriend in a domestic dispute will need to be evaluated by a doctor.

19-year old Frank Lopez was scheduled for a preliminary hearing on a reckless homicide charge for the fatal shooting of Audrea Williams. However, his attorney argued he is not mentally fit to go forward with the court proceedings.

According the criminal complaint, Lopez and Williams were fighting when Lopez pulled a gun and shot her in the head. Lopez left that scene but later turned himself in.

His attorney argues he's bipolar and suffers from schizophrenia. “He is unable to understand the nature of these proceedings and at this juncture is unable to assist me in any sort of meaningful manner," his attorney said.

By order of the judge, Lopez will undergo a mental evaluation by a doctor. The doctor's report is due on May 2nd.