Looking ahead to May after April ends soggy

NOW: Looking ahead to May after April ends soggy

April is over and many of your won't be sad to go for many reasons and one of them could be the amount of rain we picked up the last few days. Many communities got anywhere from 2-5" of rainfall since Monday. The highest totals were in areas along and south of I-94 and closer to the lake. Some far western and northern communities didn't even get an inch. 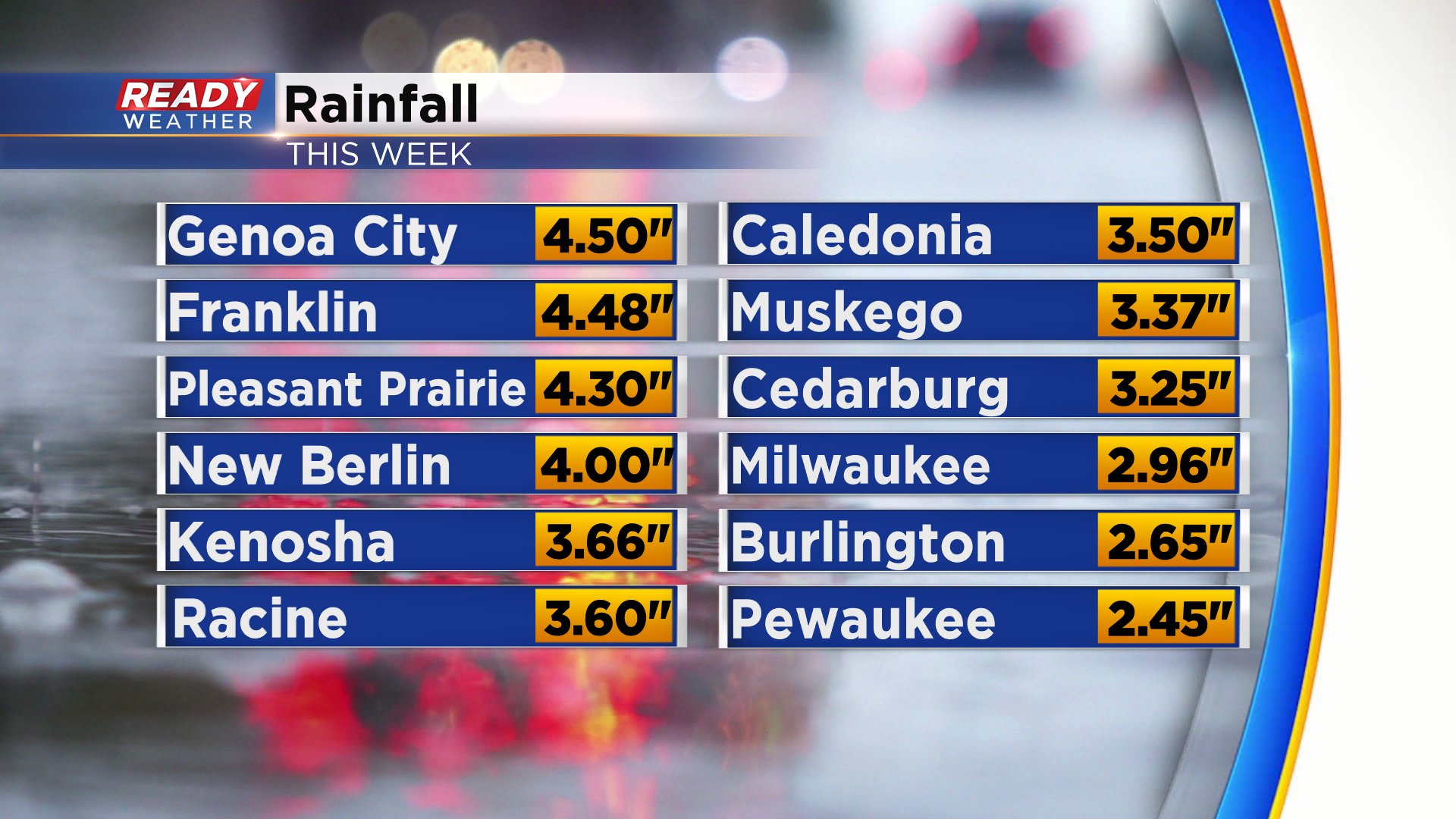 The wet end to April was a bit of a shock, especially after how dry the beginning and middle of the month were. Before this week, the most rain we got in a single day was April 8th with just over a quarter inch of rain. If we didn't get a soaking rain this week or next week we could have gone into drought conditions. 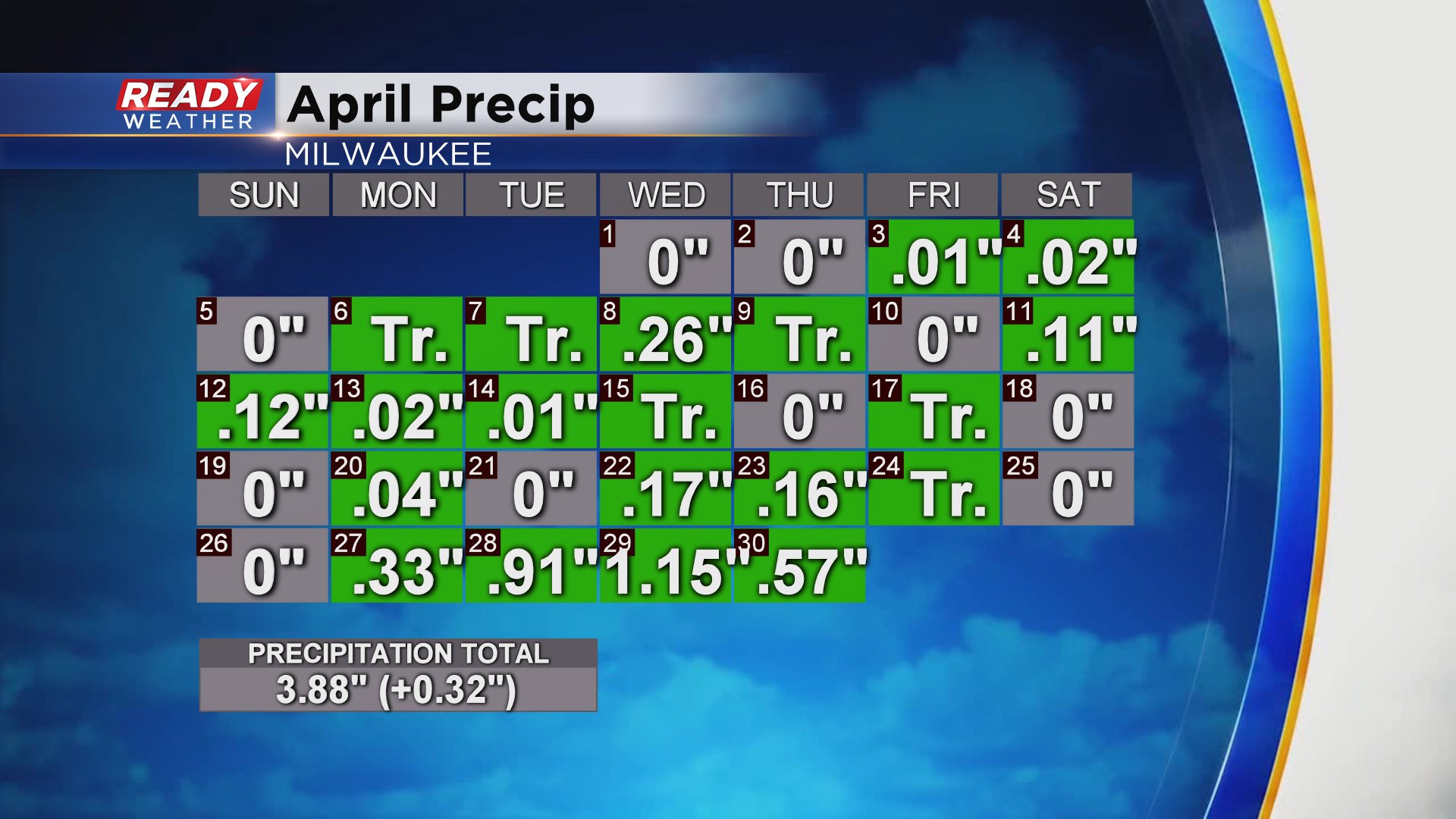 With the surge of precipitation the past four days we erased any rainfall deficit for the month and ended up 0.32" above-average and with more rain than we saw last April. 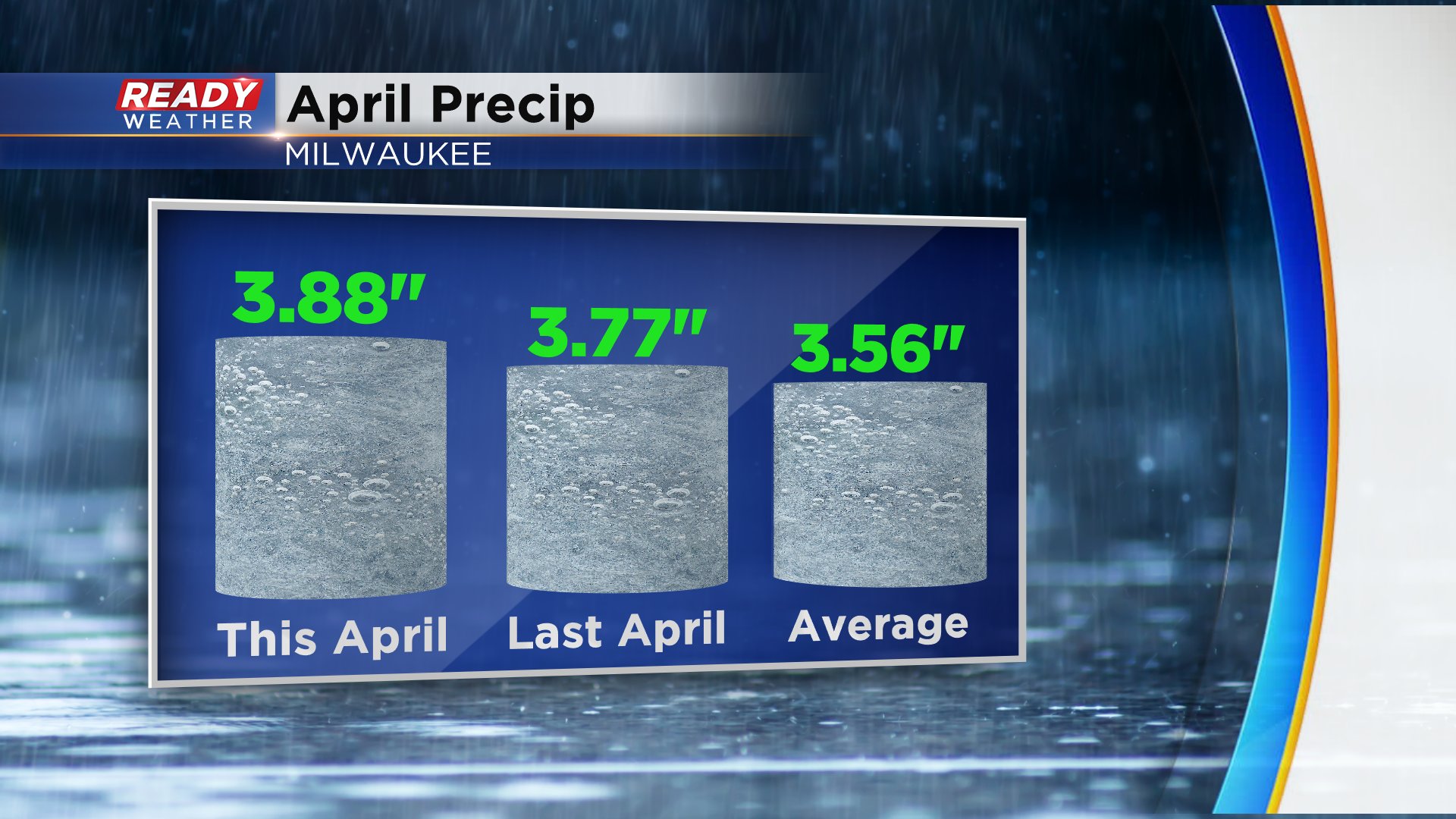 Not only did April end with wet weather, it was also a little cool. April certainly had some warm days and plenty of temperature swings but by the end of the month we ended 1.5* below-average with an average temp of 44*. 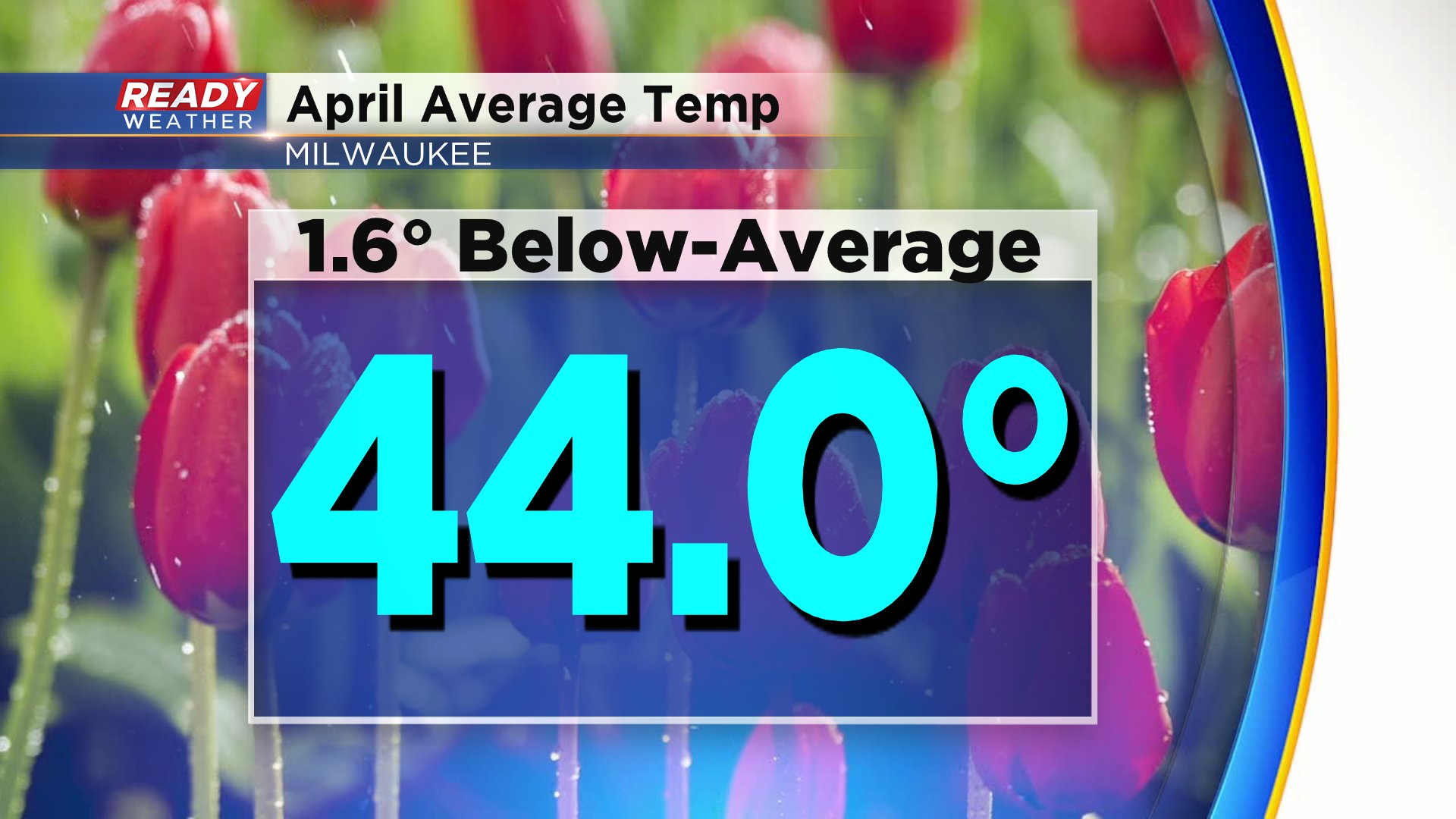 Now welcome to May! It is another wet month, our 5th wettest month on average, but at least compared to average we usually get a little less rain in May compared to April. The average high in May goes from 60* today to 70* by the end of the month. And yes, we do occasionally get snow. The latest we've ever had snow is May 23 which happened in 1912. The month averages a tenth of an inch of snow. 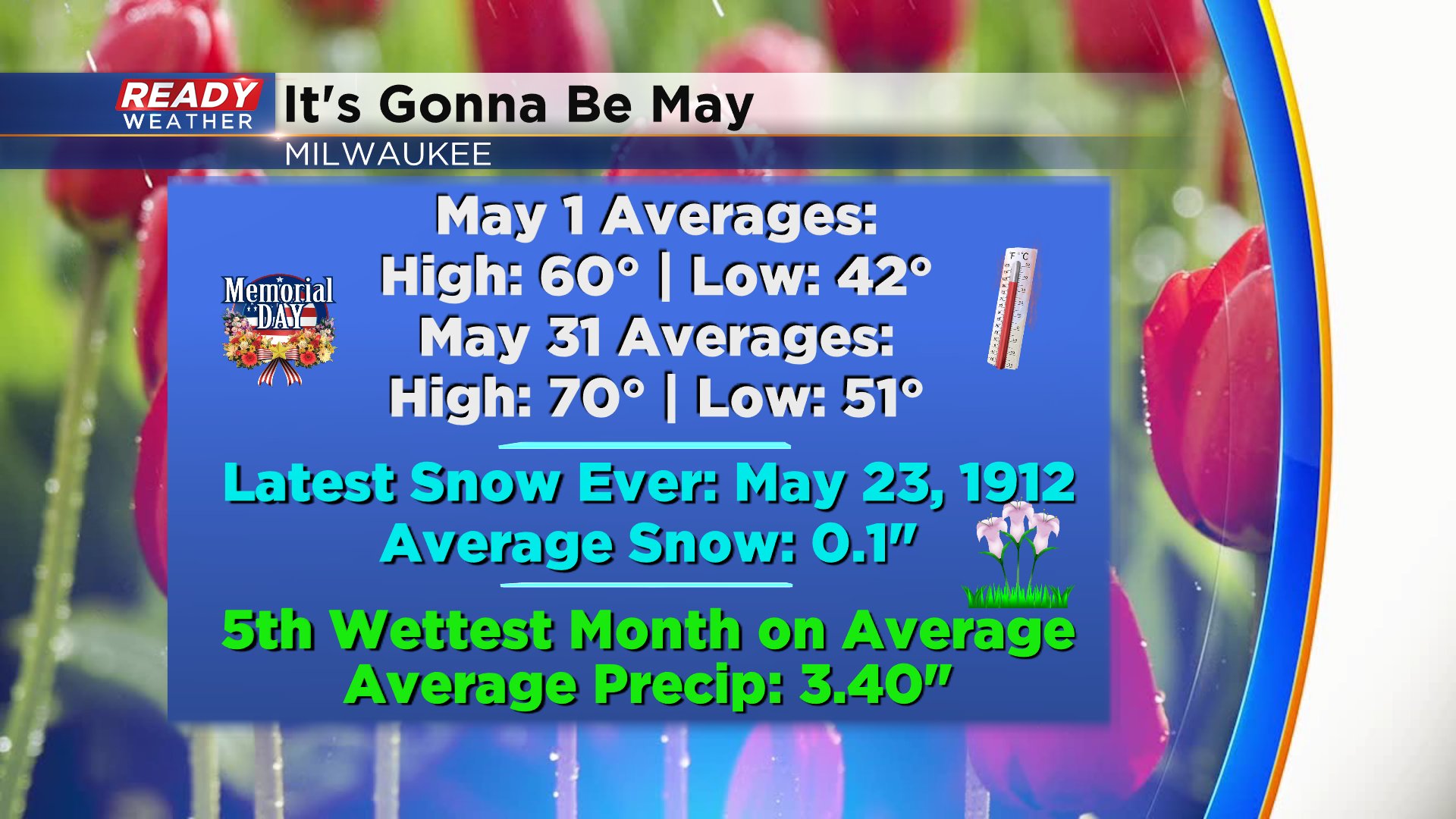 Download the CBS 58 Ready Weather app to track temps for the first 10 days of May and see when the next rain chance is.