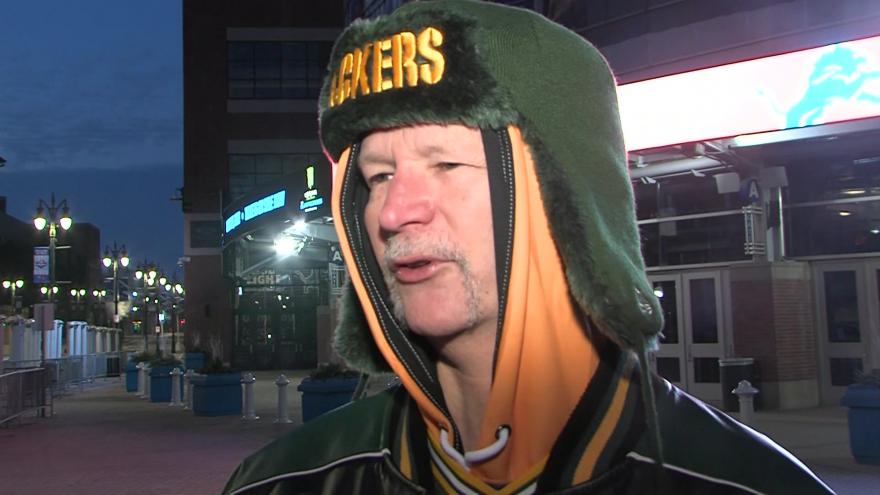 DETROIT (CBS 58) -- The Green Bay Packers are getting ready for the final game of the regular season.

They take on the Detroit Lions at Ford Field.

For one fan, this game is significant for more than one reason.

"I didn't run over there, but I drove over there to his dad's house," Bailey said.

Living by the LaFleur family in Michigan, Frank wanted to be the first one to give them something from Lambeau Field so he dropped off a 'Go Pack Go' sign.

"It meant a lot to me. I talk to him all the time so they give me the ins and outs," said Bailey.

After watching the Packers battle for decades, Frank started his own fight two years ago when he was diagnosed with cancer. He found inspiration on the field.

"I'm a fighter and I'm not a quitter," said Bailey. "I'm just like the Packers. We're down but not out."

In the first game after Frank's diagnosis, Aaron Rodgers was sidelined by an injury, only to run out of the tunnel in the second half and lead an incredible second-half win.

"That really gave me a lot of strength, to see the team come together as one individual, and for Aaron to say I don't care how many touchdowns I throw, all I care about is that W. So that means a lot to me," said Bailey.

It won't be hard to find Frank during the game. He'll be behind the Packers' bench, head to toe in green and gold with a cheesehead on top, cheering for his team.