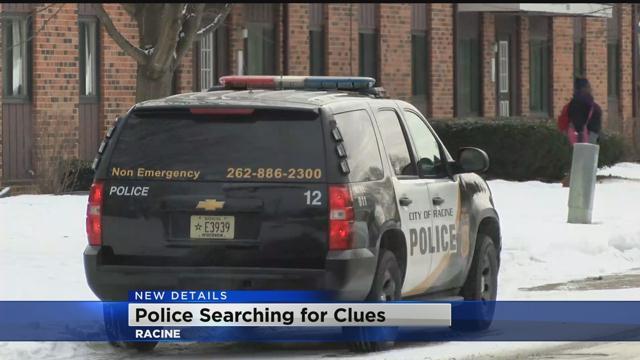 Racine police have not released many specifics on their latest homicide investigation but neighbors say the victim - discovered Tuesday afternoon - was a mostly quiet man best known for his volunteer work.

Officers responded to the 3200 block of Indiana Street around 4:30 p.m. for a wellness check on 42-year-old Mike Hardy. Police found Hardy lifeless in his apartment, according to a press release.

Racine police have not yet said anything about a cause of death or a possible weapon used in this case. They have confirmed that they do not have any suspects and are asking for witnesses to step forward to help them figure out exactly when the death actually happened.

On Wednesday cars passed by the Windsong Court Apartments while a police SUV parked outside of the building addressed 3207. Investigators were still processing the crime scene in one of the first floor rentals.

Neighbor Lura McWhorter said she was the one who called 911.

"A person that he volunteers with was concerned that they haven't seen him since last Wednesday," McWhorter said.

"We went and knocked on the door and we were going to do a well check but we couldn't get into the door," McWhorter said.

"I don't know what made me call the police but I just called the police and they came. And they peaked in the window and he was there," McWhorter said.

Neighbors say Hardy mostly kept to himself but employees at Harvest Outreach Food Pantry in Racine said Hardy was very committed to his volunteering.

For the past four years he's been treasurer of the organization - but even the group's president didn't have a phone number to contact him.

Neighbors said not having a phone and being disconnected was part of Hardy's character - he acted in his own way.

That's part of the reason people who live nearby Hardy said it's surprising authorities think hardy was targeted.

"No, he wasn't a violent person. He wasn't involved with that. He would do anything he can to try to help others. But he had his own little issues too," McWhorter said.

"I don't think he ever missed a day going up there to volunteer," McWhorter said.

Hardy's apartment was locked when tenants and police first started trying to get into his apartment and police spent a good amount of time fingerprinting the windows and looking for footprints outside on Wednesday.

Neighbors say the victim rarely had company other than relatives.