'It's been a great ride': Longtime Brewers coach Ed Sedar announces his retirement 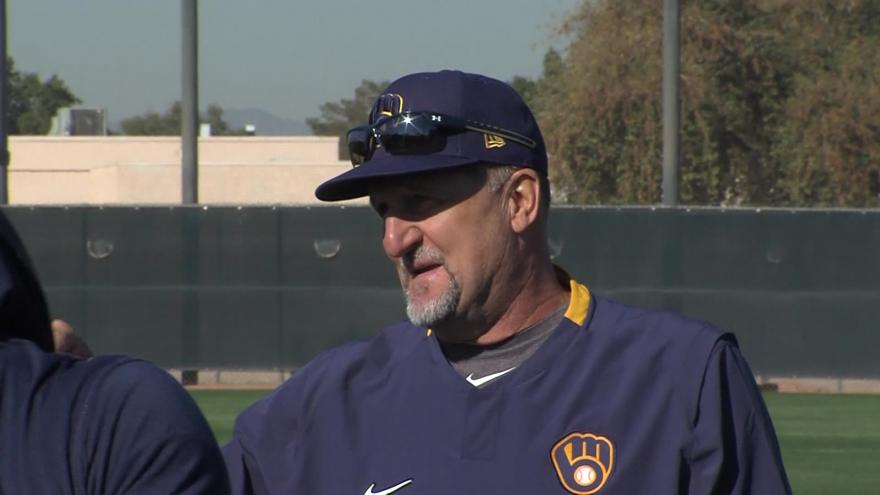 MILWAUKEE (CBS 58) -- Milwaukee Brewers longtime coach and fan favorite Ed Sedar announced his retirement on Monday, Oct. 25 after a 30-year career with the Brewers from 1992-2021.

After 30 years with the organization, longtime coach and fan favorite Ed Sedar has announcement his retirement.

Thanks for all the memories, Eddie!#ThisIsMyCrewpic.twitter.com/zmy04D7tjR

“It’s been a great ride,” said Sedar. “Being able to spend 30 years with one organization is something I will always cherish. I appreciate everyone who has been there for me and helped along the way. I wish the organization the best going forward. They are in great hands. Most of all, I will miss the best fans in sports.”

“Eddie is a great coach, mentor and friend to many within our organization,” said Brewers President of Baseball Operations David Stearns. “During a coaching career that spanned three decades, Eddie cemented his status as one of the most popular coaches in baseball and made his mark on some of the best teams in franchise history. On behalf of the entire organization, I thank him for his contributions and loyalty. I wish him and his family a happy retirement.”

According to a news release from the Brewers, Sedar began his professional coaching career as Minor League outfield/baserunning coordinator from 1992-2006. During those years, he also served as Minor League field coordinator (2002-06) and as manager at Rookie Ogden (1998-2001) and Rookie Helena (2003, 2005-06). As a Minor League manager, he led his teams to the playoffs in four of his seven seasons and was named 2003 Pioneer League Manager of the Year.

Sedar graduated from Waukegan (IL) West High School, where he was the school’s first four-sport letterman, participating in baseball, football, basketball and wrestling. He went on to play baseball at the College of Lake County (IL).