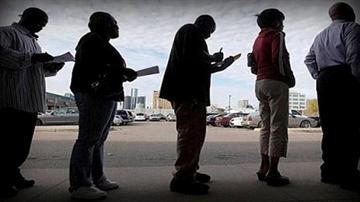 Milwaukee-- Federal unemployment benefits end Saturday for 1.3 million Americans.  Nearly 26,000 people in Wisconsin who have been out of work for more than six months are also bracing to lose their emergency lifeline from the federal government.

CBS 58 News spoke with a long-term unemployed individual seeking assistance at United Migrant Opportunity Services.  \"It's going to affect me a lot, so, I need this unemployment until I get a full-time job.  Right now I'm working part-time just to make ends meet.  It's really tough.  So everybody's who's on unemployment or whatever, just got to keep going you know,\"

The checks average about 300 dollars.  The program was put in place during the recession in 2008 and has been extended 11 times since.  But the new budget recently approved by Congress will allow it to expire.  Christine Owens is with the National Employment Law Project.  She says the program is not only important to jobless Americans, but the economy.  \"These individuals spend what they get in unemployment benefits.  They spend them in their local communities.  It helps keep the economic engine turning.\"

Critics of an extension say the economy is improving and handing out more checks will only increase government dependency.  When lawmakers return to Washington next month, the Senate is expected to vote on a 3-month extension.  House Republicans are willing to discuss an extension if there is a way to pay for it.