Lone robber makes off with cash from St. Francis bank 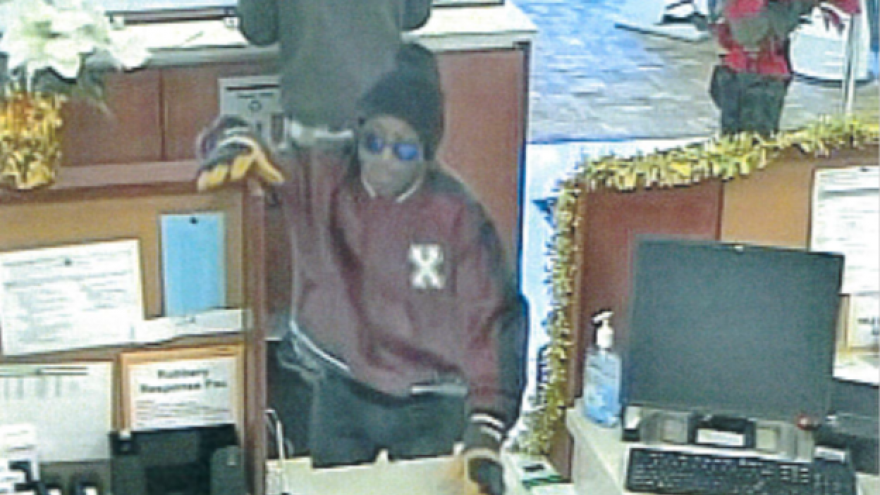 That same person is suspected in the bank robberies in St. Francis and an attempted bank robbery in Milwaukee.

ST. FRANCIS, WI (CBS 58) -- A lone robber jumped the counter and demanded money from the Associated Bank in St. Francis today and got away with an undetermined amount of cash.   According to the St. Francis Police, the man implied that he was armed and demanded that bank employees place money in a bag.  No weapon was seen during the robbery.   The man fled the scene before police arrived.

The bank robbery happened just before noon on December 15 at the Associated Bank on S Kinnickinnic Avenue near E Elizabeth Avenue.   The Police say that no one was injured in the robbery.

St. Francis Police are looking for a slim built man in his 20s, between 5’5” and  5’7” tall, with no facial hair.    He was wearing a black knit hat, red zipped letter-man style jacket with a white X on the left chest and a black stripe running the length of the sleeves.   He also had dark sunglasses, black and yellow work gloves, dark, straight leg jeans and dark shoes.

Anyone with information about this man is asked to contact the St. Francis Police Department at 414-481-2232.