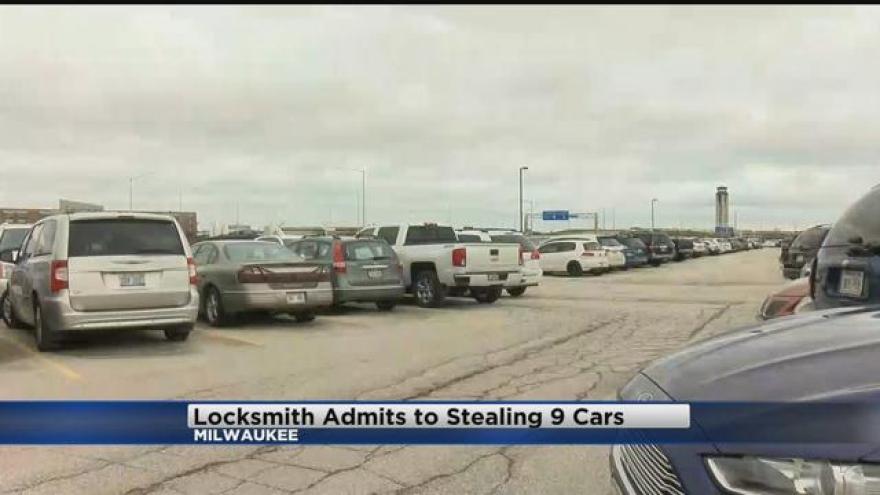 A Milwaukee locksmith used his skill-set to steal cars in Milwaukee for almost a year.

Since July 2015, at General Mitchell International Airport, a number of Town and Country minivans have gone missing from parking lots and ramps.

The Milwaukee County Sheriff's office's detectives solved the case, and Larson admitted to the Sheriff's Office stealing the cars.

46-year-old Anthony Larson was just charged with stealing four cars parked at the airport or a nearby lot.

When deputies pulled Larson over on April 5th, he was in a stolen Chrysler Town and Country minivan.

In an interview with detectives, Larson admitted to \"...stealing approximately 9 automobiles since July of 2016.\"

Court documents say the locksmith \"...was able to program a new key fob to take the vehicle.\"

Larson also says he made roughly $50,000 off the stolen cars, telling detectives he would target lots and garages at General Mitchell International. He said having so many cars around made it easy, and believed there was no security cameras in the lots. Many of the victims didn't know their vehicles were gone for days.

Neighbors say they've noticed many Chrysler cars on the property.

Larson supposedly told one neighbor he was buying the cars at auction and fixing them up to sell.

A spokesperson from the airport said they can't comment on specifics of security.

Although they say General Mitchell International does multiple layers of security in the lots and garages. They use patrols, security and other surveillance means.