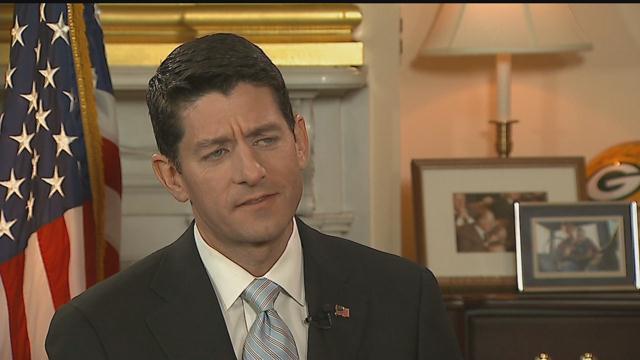 Controversy on the first official first day for new speaker of the house Paul Ryan.

The Wisconsin Republican took the gavel Monday, for the first time since he was sworn in last week. He's pushing back on calls to expand family leave time, despite not giving up his family time as a condition to take the speakership.

In the past Congressman Ryan has voted against expanding the Family Medical Leave act which gives employees 12-weeks of time off.
Local advocates say that's not enough and that Ryan securing time with his family is another example of people in power having luxuries that the working people don't.

"Terminal illness can hit any of us at any time. Speaker of the house or a housekeeper. Its not fair. Not fair to working women or their families to separate and to say this benefit is only for me and my family. Our members are fired up and its unfortunate to frame it that way because at the end of the day regardless of our occupation or our pay...We love our families," said Martha De la Rosa.

De la Rosa says many people need family leave now more than ever because they are part of what's called the "sandwich" generation they have kids *and* aging parents that depend on them.