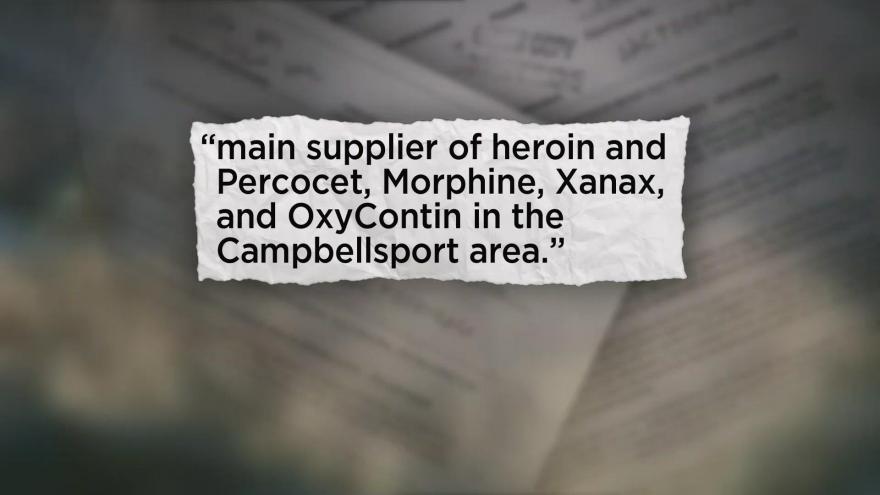 A local woman is accused of leading a massive drug ring in Washington and Fond du Lac counties. Authorities say a year-long investigation led them to her and seven other suspects.

\"I thought it was a really nice, quiet town,\" said a woman who lived near the alleged drug house.

But just over a week after moving into her Campbellsport home, Lori Wenske saw her neighbor's house swarming with police.

Investigators say this home was the center of a drug operation run by Lori Beth Merget. According to a criminal complaint, several confidential informants claim Lori, along with her son William Merget, and at least six others sell narcotics, heroin, and other drugs.  And that Lori \"sits at the kitchen table in the residence and sells pills out of her purse.\"

Those informants say Lori gets some of the pills with valid prescriptions from pain clinics, other drugs she sends her son and others to buy off the street.

One person told police Lori is a main supplier of drugs in the Campbellsport area. The criminal complaint alleges it's been going on for years, with some people claiming they've purchased drugs from the Mergets for more than a decade.

Those confidential informants say Lori doesn't work--- selling drugs is her sole source of income and she does it to buy heroin to feed her son, William's, addiction.

\"That is sick. You're supposed to protect your kids. You don't stop being a mother because they turn 18.\"

Those in custody are expected to be in a Washington County courtroom tomorrow.