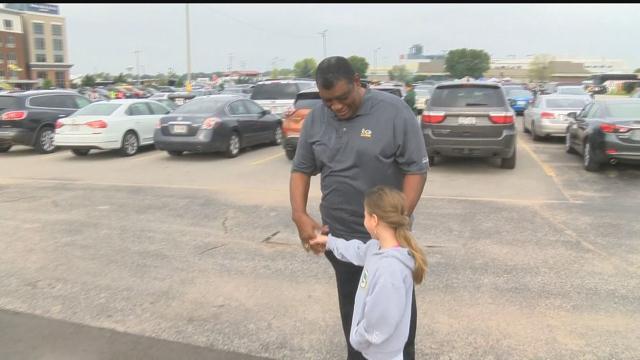 In the stands for the Packers home opener was an 8-year-old kidney recipient, and the school teacher who gave it to her.

Both children needed kidneys, but 15 years ago his son died.

"I felt I could stop Jim Brown or anything like that. But I couldn't stop my son's renal failure. I couldn't even give them my kidney because they wouldn't take it. I was tested, they couldn't take it. And there's a hopeless feeling. So I really separate the two. Because in football I felt that nothing could beat me. But on this front - this renal failure - I always felt I failed my son somehow,” said Robinson.

The last time we saw her and Jodi Schmidt, a teacher at Oakfield Elementary School, they were hospitalized.

Now his foundation promotes the process Natasha went through.

"My goal is that more people donate kidneys. It's that simple, you know? If you can do it, it's great. And a lot of people say 'Well, I've put that on my driver's license that I would donate my kidney.' That's good. Now that's not bad. That's a good thing. But the best, the best kidney, is a living kidney,” said Brockington.