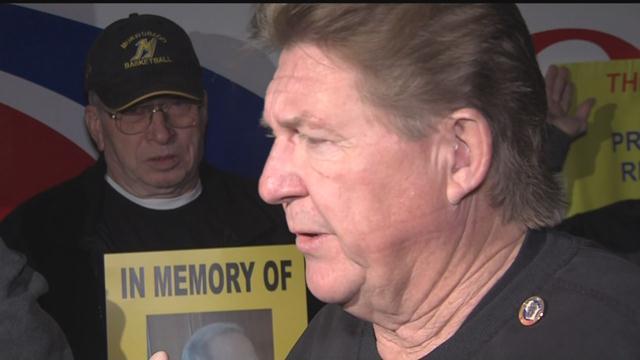 Local teamsters are on their way to Washington D.C. to join thousands protesting federal cuts that would cost many their pensions.

There's a rally tomorrow outside the capitol building to demand congress block the cuts.

They say they have several lawmakers behind them including Congresswoman Gwen Moore and Wisconsin Senator Tammy Baldwin.

"This is disgusting these people are veterans who fought and gave their all for this country. They don't deserve to be treated like this. In the pile of their life, this is our golden parachute this is what we worked for 30 to 40 years for another being thrown under the bus,” Bob Amsden, Teamster said.

Supporters of the pension cuts say it’s a compromise and critical step towards fiscal discipline...as congress is feeling  pressure to reduce the deficit over the next decade.