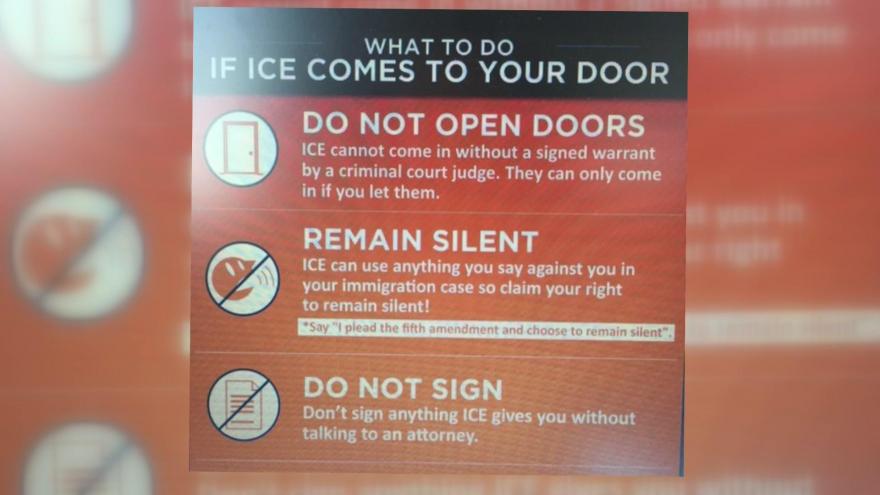 A controversial step by a local school district warning parents about how not to get arrested by immigration officials. It's happening in the Delavan-Darien School District where they're also advising parents not to sign anything unless they have a lawyer.

The information was sent to parents of more than 2400 students. CBS 58 spoke with the superintendent who tells me as an education system, they should inform and educate every one of their rights.

Superintendent Robert Crist said he decided to send out the information after kids started staying home from school. He said several teachers and principals told him their students were scared to show up and parents were afraid to send them.

The Delevan-Darien School District serves more than 2400 students, half of them minorities. The superintendent tells me this information was not drafted by him or any of his staff. He is simply sharing information from the dream act and the ice policy manual.

He said sending this information to all families is his way of staying transparent.