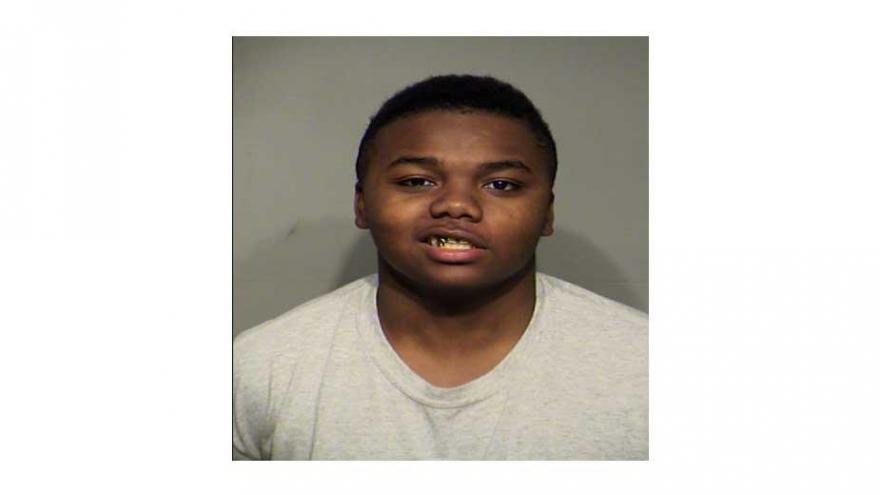 A local rapper is accused of stealing a vehicle and selling cocaine.

Donte Garett is charged with possession with intent to deliver a controlled substance, possession to deliver cocaine and operating a motor vehicle without the owner’s consent.

He is, also, charged with three counts of bail jumping in this case.

According to the complaint, Garrett is known as Montana, Cap Drive Montana and Big Homie Montana.

On January 21, Milwaukee Police were called to W. Vliet Street for a shot spotter complaint.

Six bullet casings were found in the road.

The truck had been reported stolen.

The license plate was allegedly stolen from a 2008 Ford F150.

Inside the front driver’s side, police located two phones, a receipt from ICON store, a claim check for Montana from Pak’s Jewelers, and an open box of Magnum condoms.

In the front center console, police found a bottle containing Lactose powder, cocaine, and a CD.

On the front passenger side, police located a phone, heroin, 29 CDs containing the defendant’s rap songs, and a recently released CD from Cap Drive Montana.

There were, also, 5 VIP concert tickets for a birthday rap concert featuring the defendant.

Garrett had previously been charged with possession of narcotic drugs and felony bail jumping.

In addition, he was previously charged with operating a motor vehicle without the owner’s consent while armed.

The defendant was currently out on felony bond.