Local Politicians Share Their Opinion on the Republican Debate 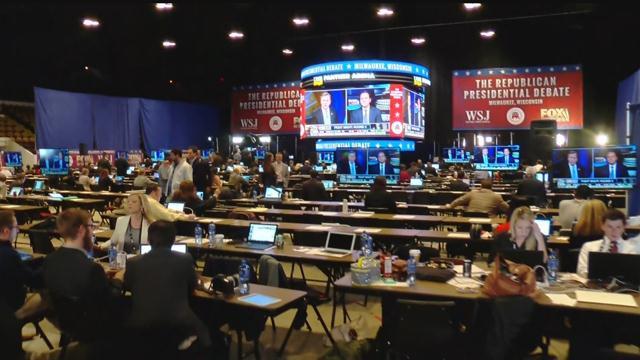 The goal for Tuesday’s Republican Presidential debate was more talk on policy and less focus on debate moderators.

Marquette University assistant political science professor Karen Hoffman said that's how it played out. She said, "So that the people debating felt more comfortable. I don't think they felt like people were out to get them."

Priebus said, "There were a few elbows, there were some jabs; but this is really where we want to see these debates going forward."

U.S. Senator Ron Johnson (R-Wisconsin) would not endorse any of the candidates Tuesday night. Johnson did talk about what he's looking for in the party's nominee.

"Courage to step up to the plate and be the leader this nation is hungering for. So I think we saw a number of people who would fit that bill from my standpoint." Johnson said.

Hoffman says picking a clear cut winner from last night's debate is nearly impossible. "It doesn't seem as though anyone hit the ball out of the park." she said.

The Democratic National Committee's spokesman, Luis Miranda, was at the debate giving his party's response.

Miranda said, "It was really really shocking to see they don't have good answers on the economy, and they don't recognize the realities of what's happening right now in terms of good economic indicators as a result of Democratic leadership."