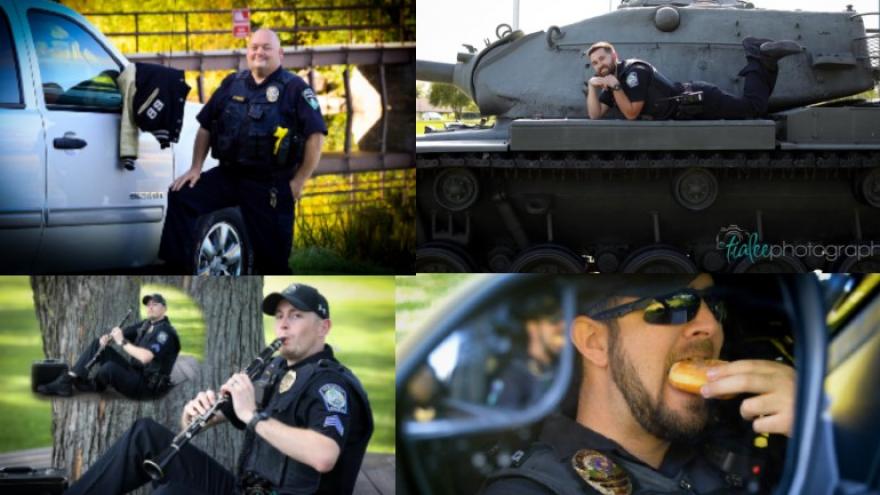 "We may have graduated already, but you're never too old to have a little fun right? Just so everyone knows, it was really hard to keep a straight face in the pics because we were all laughing so hard between poses," the Jackson Police Department posted on Facebook.

"We may be quite a few years removed from high school, but I think we still got what it takes," Kewaskum police posted on Facebook. The department joked that there were "many, many more photos" taken, but they probably should never be released.

The fun didn't stop there. Kewaskum police then challenged the Hartford Police Department on Monday who is yet to respond.