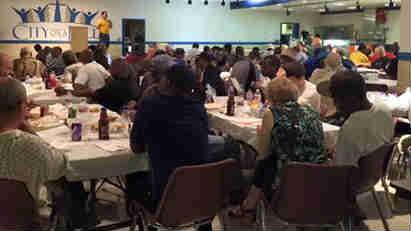 Three in ten people in the United States live in poverty, and those numbers are even worse for children.

In Milwaukee County, the number is close to 74,000 children who live in poverty, which equals to a little more than thirty two percent.

The numbers were released by the U.S. Census Bureau and the American Community Society.

CBS 58 spoke with a local organization and a young girl about beating the odds.

J'Koreiya Lawson is a senior in high school.

She spends most of her free time volunteering and working at City on a Hill.

For Lawson, it came down to making a simple, but difficult choice.

"I can be more than J'Koreiya the girl who is living in poverty and everybody saying she can't do this, she can't get good grades,” Lawson said. She's not good enough."

City on a hill is located at 22nd and Kilbourn Avenue in the City of Milwaukee.

According to the Executive Director Diane De La Santos, sixty four percent of the people who live in the surrounding neighborhoods live in poverty.

"I think it's alarming, but perhaps not surprising,” De La Santos said.

De La Santos says one of the biggest challenges is breaking the cycle of generational poverty.

Children who live in poor situations likely don't have the life skills, resources or role models.

"They may feel they're betraying their own family by making choices that are going to lift them out of poverty,” De La Santos said. “They may also face ridicule of their peers because they have to make choices to do different from what their peers are encouraging them to do."

But Lawson is looking at the bigger picture.

"I want to do better for myself so when I have kids, they can have better, and they won't have to struggle like me when I was younger,” Lawson said. “You just have to make that commitment and stick to it."

The Executive Director for City on a hill also stated, while more job opportunities may be coming to Milwaukee, a bigger investment needs to be put towards getting people in the inner City ready to apply and work those jobs in order to better themselves.