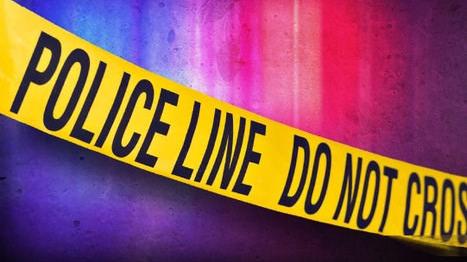 A 14 and 16 year old are in custody and a third teen is on the loose after, police say, they attacked a man and stole the car he was driving while he was gassing up. It happened at the Shell Station just past midnight Friday near the corner of Hawley Road and Wisconsin Avenue.

"I had the gas pump in, I'm looking around in there, and then i saw a head pop up," said the man, who didn't want to identify. "I just took the nozzle out and shot it over the car and sprayed him with the gas."

Then the victim took off running just as his phone rang.

Just then, one of the teens caught him.

"Right then the keys fell out, he was scuffling for that," the victim said.

The teen grabbed the keys and sprinted back to the gas station.

"You see the suspects then get in to the van, and now the van along with the SUV both leave the area," said Lieutenant Brian Zalewski with the Wauwatosa Police Department, describing the surveillance video.

Milwaukee police caught two of the teens an hour later after they crashed the van.

"Just kinda shows the mentality that not only were they not deterred by somebody spraying gas at them, the victim physically tries to run away from them and they chase him down, throw him to the ground and then come back to take the car," Lt. Zalewski said.

Who knew the gas the victim was buying for the van would be used to fend off teenage car thieves.

"You don't think, whoa, what's the gas station guy gonna say? You know? You think, how am I getting out of this," the victim added.

At last check, the third teen was still on the loose.