Local Man in Court After Being Caught Crawling Around Ceilings 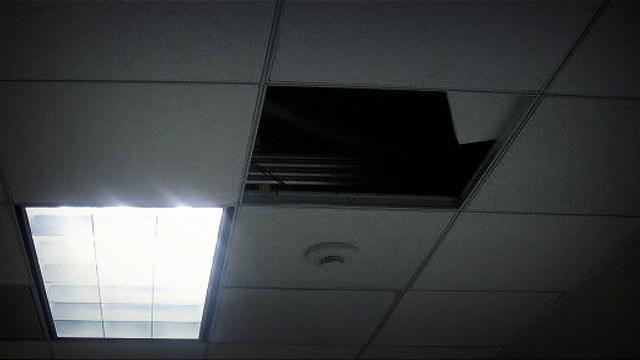 A Racine man who has a history of crawling around hospital ceilings had an initial court appearance Tuesday for burglary.

According to the criminal complaint, in July, a receptionist returned from her lunch break and noticed a young man in the office area.

He was dressed in all blue and ran into the conference room. He allegedly took a laptop computer.

According to the criminal complaint, it looked like he entered through the ceiling tiles.

The outfit he was wearing matched outfits patient wear at SAIL Crisis Center which was next door.

Officers spoke with a supervisor at SAIL that said the description matched a patient.

The supervisor went on to say the suspect had a history of crawling around in ceilings and that he was caught in the ceilings of St. Luke’s as well as Columbia Saint Mary’s.