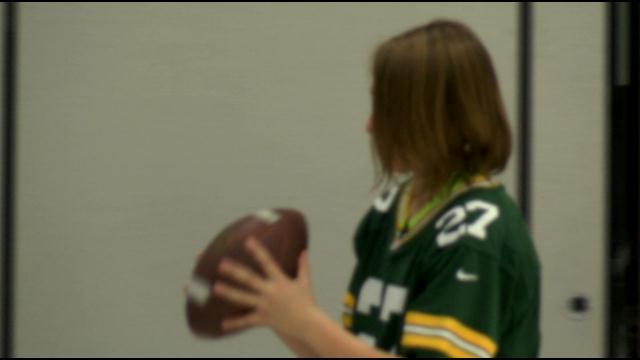 Forty young athletes between the ages of six and fifteen from across the United States will compete in the NFL PUNT, PASS & KICK National Finals Saturday, Jan. 10th, in Seattle during the weekend of the NFC Divisional Playoff game.

The Green Bay Packers' representatives, Olivia Osborn from Waukesha, Wis. and Tyler Evans from Slinger, Wis., will be competing after winning their age divisions in the Packers' team championship competition, Nov. 30, in the Don Hutson Center.

Finalists will compete separately in five age divisions at the Virginia Mason Athletic Center in Renton, Wash., with the top scorer in each group crowned national champion. All participants launch two punts, two passes and two kicks with scores based on distance and accuracy (in feet).

The best score from each activity is tabulated to determine the athlete's total. All youngsters advanced to the national finals through local, sectional and team championship competitions held throughout the NFL regular season. The top four scorers in each age group from across the country qualified as national finalists.

NFL Punt, Pass & Kick, which began in 1961, is celebrating its 53rd anniversary. It is one of the nation's largest grassroots sports skills competitions. NFL stars – including Pro Football Hall of Fame quarterbacks TROY AIKMAN and DAN MARINO – competed in the Punt, Pass & Kick program as youngsters.

All participants and their guests are provided airfare, hotel accommodations and tickets to the NFC Divisional Playoff Game between the Seattle Seahawks and Carolina Panthers.

CBS 58 spoke with Olivia Osborn and her father Scott Osborn Thursday evening about the competition.

\"It's like people at my school know about it, you're representing the Packers”, said Olivia Osborn.

\"It's very cool”, said Scott Osborn. “I'm very proud. She's been back at Lambeau the past four years, I have an older daughter who's been involved in it too, but we've never been lucky to win at Lambeau, and go to the next step.\"