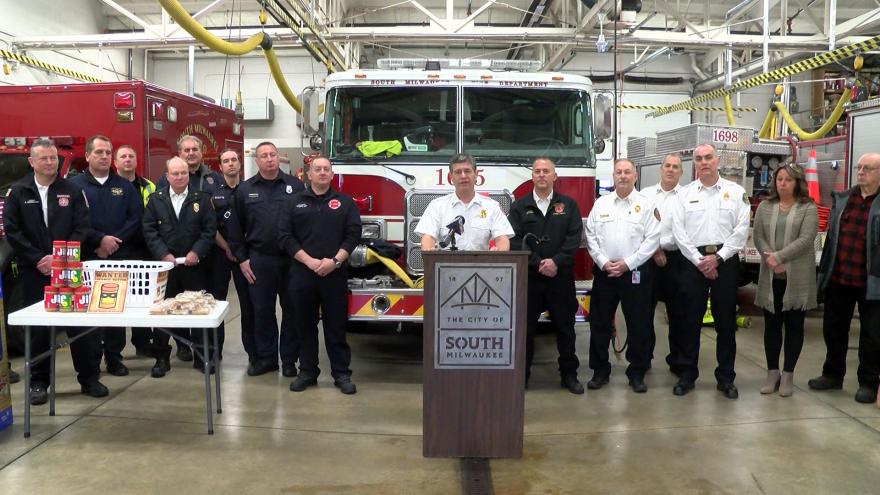 SOUTH MILWAUKEE, Wis. (CBS 58) – An annual event is moving forward despite a set-back.

A kick-off event for the Wanted: Peanut Butter drive was held Wednesday at the South Milwaukee Fire Department despite the Hunger Task Force not being there.

The Hunger Task Force said it canceled the event due to the continued developments related to the government shutdown and its impact on the food pantry network.

In further clarification, the Hunger Task Force said that right now their priority is getting food to families impacted by the government shutdown which means the Peanut Butter Drive is taking a backseat. The needs of over 100,000 families in the Milwaukee area far exceeds the food bank operation than just peanut butter.

Despite the organization’s absence, the Milwaukee County Association of Fire Chiefs decided to move forward and hold the kick-off.

"The public is very aware of the emergencies that firefighters and paramedics handle but this is an emergency of a different nature; a food emergency," Greenfield Fire Chief Jon Cohn said.

Donations are needed to help those struggling by filling up the local food pantries.

“It’s still an important launch,” Cohn said. “We want to get the word out that we need peanut butter for our food banks and we want to be a good partner.”

The director of a local food pantry that benefits from the drive attended the event.

"We service about 1,000 people a month and the need is getting greater and greater," South Milwaukee Human Concerns director Debra DeBoer said. "The peanut butter will definitely help fill our shelves."

Donations can be made online, at area fire departments and at the Hunger Task Force.