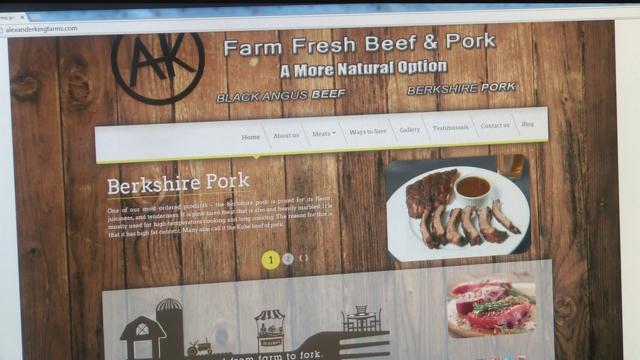 Imagine placing an order for meat worth hundreds of dollars, and then never getting it.

That's exactly what's happened to hundreds of people across the Midwest.

The Better Business Bureau is stepping in sending a warning to consumers.

The Better Business Bureau said they have received hundreds of complaints about Alexander King Farms.

It is an Illinois based company which according to their website claims to deliver the highest quality all natural meat.

The problem is customers did not receive their farm to fork orders.

Temmer said about 80 customers in the badger state have fallen victim so far, but that number could still rise.

“They are trying to do what's right, try to save themselves; they want to save some money and getting their food in a sustainable way. This is an example of people putting money out without getting product back. They are scammed out of hundreds and hundreds of dollars,” said Temmer.

Customers who haven't received their orders are upset,  and they are voicing their frustrations online.

More than 800 victims have joined the "People Against Alexander King Farms" Facebook group.

They estimate the company has taken almost $350,000 from group members without delivering a pound of pork or beef.

In hopes of speaking with the company CBS 58 called the number listed on their website.

Only to find, the number has been disconnected.

The BBB said there have been some reports indicating the company may no longer be in business at the same time there are other signs the company has continued to sell meat to the public, including a recent offering from groupon.

“This is a situation where if the consumer would have checked with the BBB on Alexander King Farms, they would have seen the complaints growing astronomically. And an f rating that we gave them,” said Temmer.

The Illinois Attorney General's Office is now investigating the claims.