Local Families that Lost Loved Ones Because of the Violence 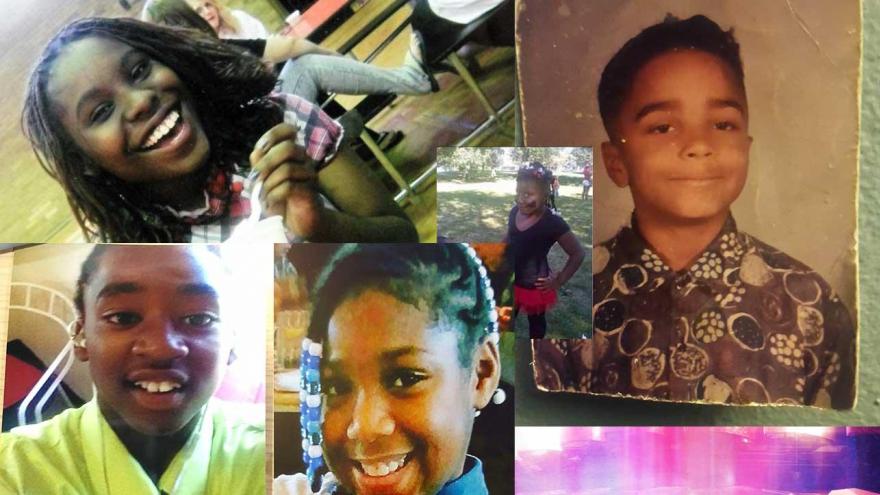 The families you heard from have been held hostage by the effects of gun violence.

This is Lisa.  Her tragedy spans more than 20 years.

Her son Marcus Deback was shot at a playground in 1995.

Onjuan also sat down with us.

Two years ago, a man used his daughter, Sierra Guyton  as a shield during a shootout on her school playground.

He was killed at home shot to death by his cousin last summer.

Ramona Boone lost her niece back in May.

Zalayia Jenkins was at a family member's home, and died protecting her younger cousin from gunshots.

Zalayia's killer is still on the loose.

None of them knew each other until the night of our interview, but in the end they formed a bond.

Devin: A week before he died he said to me, he said ma, how does it feel to die?

Devin: Yeah. I said, do you remember how you was born? He said no. I said, that's how it feels to die. So a song by Sam Smith came on - It's been a long time - and this little boy is in the back telling me Mama, I need to hear this song. This is such a great song.  I looked my baby right in the eyes and said, 'Son, is you trying to tell me something? And he looked and he just hugged my little big head and said, oh I love you so much, mama. And one week later he was off this Earth.”

Ramona: You don't think you just..

Collectively: You're going through the motions.

Onjuan: Why does his daughter deserve to be at the playground. You think of things like that. Not saying its good, but that's what goes through your head.

Ramona: That's a part of anger.

Onjuan: My feelings were bottled up for a long time because I was always the shoulder through the whole situation everybody was leaning on me. So when it comes time for me to lean on somebody it's like, who am I going go to? I'm the head of the household.

Ramona: I've encountered so many people who have so many emotions that are now on drugs, you know because they couldn't cope. And they didn't have the support that they honestly needed. People don't realize, you need support.

Amanda: What are other people's outlets?

Latoshia: I was like that for two years. That's what I mean by I tried to go crazy. I literally told my family I am getting drunk today.  I didn't sleep in my bedroom I slept on the couch because I wanted to be by the door. I tried to keep my boys from going places. I was scared to send them to school because heck she was coming from school.   2011 and 2012 I was a basket case, real life. But like I said my case was a lot different, I saw a psychiatrist for four years. With the help of him and the Lord, you never forget, you learn how to deal with it.

Amanda: What about everybody else?

Ramona: I became a gardener. I hate bugs. I hate the grass, I have bad allergies but that's my outlet.  But I get to grow flowers in her place. So, that's what I do different.

Lisa: I gambled. Big time, Vegas style gambling. I learned how to play the spreads, I would be out of the country be in the casino from sun up to sun down. I was horrible. But I was good at it.

Amanda: And you all never had these addictions before your kids were killed?

LISA: Oh, Noooo. I ran track was on my way to the Olympics -- World class. But after that, I was done.

Ramona: Back in the day I remember when we were younger and the neighbors would scold you.

Ramona: And if your mother wouldn't say anything, would scold you again. But now you can't do that.

Ramona: They system. That's child abuse. But then we have these parents that are so angry. And I don't want you to say anything to my child.

Onjuan: Even if they're wrong.

Onjuan: We're being judged and if you continue to treat them like criminals, they are going to act up like criminals. Because that's the only thing you can except from us.

Ramona: I think what it is, for one, the police is misunderstood because of those bad people that are doing, that are killing these unarmed people.

Onjuan: They are looking at the uniform not the person.

Ramona: Yep, they're looking past. Because I, when all of this happened I looked past the uniform because they were human and they shedded a lot of tears that night.