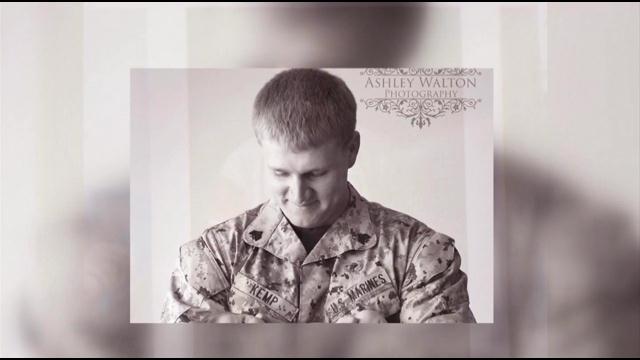 A final farewell for a local marine killed during a training exercise, and his community came out Wednesday evening to honor him.

Staff Sgt. Kerry Kemp's body arrived at Mitchell International airport after 5 p.m. on Wednesday, and members of the Patriot Guard Riders of Southeastern Wisconsin waited patiently to be there and pay their respects.

The riders rode up interstate 43 in the chilly temperatures alongside law enforcement to the town of Port Washington where the marine graduated from high school.

A lifelong resident like Aaron Richards says it shows how strong his community is.

\"A lot of people here probably didn't”, said Aaron Richards. “You know so. What does it say when you have people who didn't even know him? It shows like I said how tight nit this community is and how much respect there is for people of service.\"

The fallen soldier died on March 10th in a helicopter crash.

The tragedy took place during a training exercise in the pan handle of Florida.

Kerry Kemp's funeral will be this Friday at Port Washington High School.