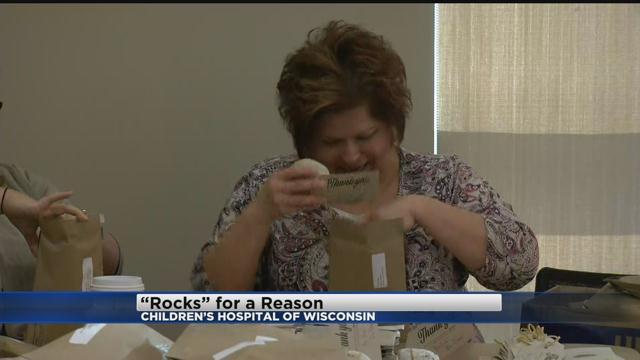 A local doctor is gaining national attention for his fundraising effort.

Doctor Dave Margolis' first batch of Rocks for a Reason were shipped from Children's Hospital on Monday.

Children’s Hospital has gotten more than $36,000 and more than 350 donations from thirty different states.

They came pouring in after Dr. Margolis launched the campaign inspired by the leather-wrapped rocks he saw selling out at Nordstrom for $85.

Dr. Margolis thought it was a little bizarre to see people paying so much for a rock.

He wondered if he could instead get people to donate that money to the hospital.

Volunteers packaged and sent off the rocks to those donors around the country.

Each one is signed by Dr. Margolis.

He said he is so grateful for the generosity especially this time of year.