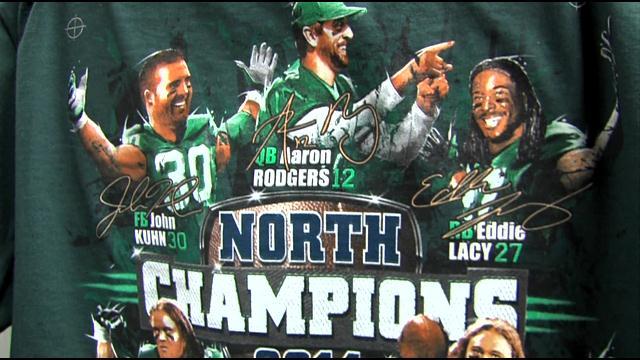 They'll be on store shelves Tuesday.

CBS 58 News got inside "City Screen Print" of Milwaukee on Monday. They're the local manufacturer for "Fans Only LLC" an official licensee of the NFL Players Association.

The president of the company says there's a real sense of pride that goes beyond the state border.

"It's in the blood," Brad Fillah of "Fans Only" told CBS 58 News. "More than anything else the greatest export for the state of Wisconsin is Green Bay Packers merchandise to states around the country."

The shirt features all five players named to the pro-bowl team, and running back Eddie Lacey who is one of seven alternates from the Packers.

In related news, all of the available tickets for the January 11th Divisional Playoff Game have already been snagged by season ticket holders, according to the Packers Ticket Director.

About half of the fans used the new pay as we play option, meaning their credit cards will be charged now that the home playoff game is confirmed.

Premium ticket holders were required to purchase tickets by contract.

Some have already sold the tickets to brokers for Packers fans to buy on the secondary market over the next two weeks.