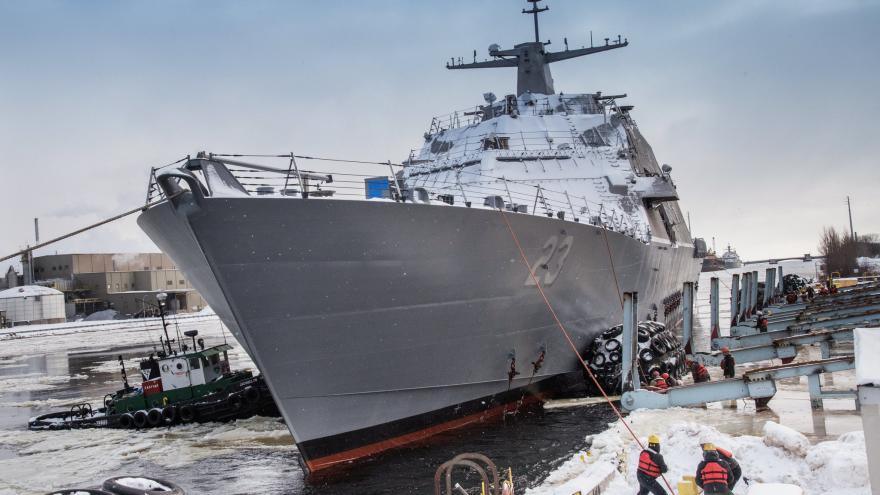 Lockheed Martin-led team launched the ship into the water on Jan. 19, and it's slated to begin sea trials later this year.

“The versatility, speed and lethality of the LCS make it a critical tool to help sailors achieve their missions,” said Joe DePietro, Lockheed Martin vice president of small combatants and ship systems. “Today’s christening brings the USS Cooperstown one step closer to joining a capable fleet of ships supporting Navy missions in a multitude of ways.” According to a news release, to date, four Freedom-variant LCS have deployed to support U.S. Navy presence and peacekeeping missions. In the latest of these deployments, USS Little Rock (LCS 9) deployed in February 2020 to support operations in the U.S. Southern Command Area of Responsibility.

The news release says, in total, there are more than 500,000 nautical miles under the keel of Freedom-variant LCS. The ship delivers advanced capability in anti-submarine, surface and mine countermeasure missions, and was designed to evolve with the changing security environment. As we see an increase in near-peer competition from large nation states, Lockheed Martin is partnering with the Navy to evolve LCS to meet these threats. Targeted upgrades are already underway with naval strike missiles being installed in support of upcoming deployments. Future installs of improved electronic warfare and decoy launching systems are under development.